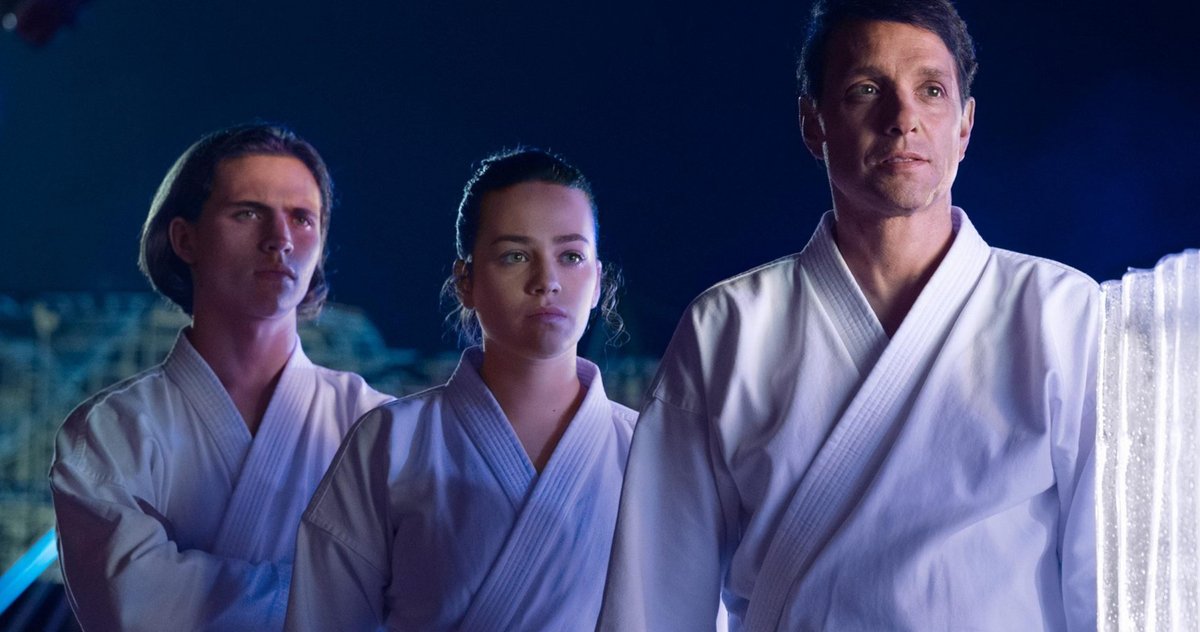 The third season of Cobra Kai has already been a huge hit for Netflix, with fans once again relishing in the continued adventures of Daniel LaRusso and Johnny Lawrence. With season 3 all released and wrapped up, fans have started to wonder what season 4 has in store for our Karate kids, and now, creator Josh Heald has offered a little insight into the direction that the fourth season will take following the events of season 3.

“Obviously, we’ve set a challenge at the end of season 3 that sort of gives everybody their marching orders as to the war to come and how this rivalry is going to be decided to a degree, but we’re not going to comment on season 4 specifically in terms of when that’s coming and how we’re getting there. There’s a lot more to explore immediately. This is the first time that Johnny and Daniel are looking at each other and really finding the most common of ground to put their heads together and get on the same path towards trying to beat Kreese, this monster that they can both agree on. So the fun of season 4 is going to be starting to decide will these guys actually be able to stay on that path that they’ve now decided to embark on together.”

Heald is still careful to hold a lot back when it comes to the plot of Cobra Kai season 4, but it certainly sounds like teenage rivals Daniel and Johnny will need to continue their unsteady truce if they hope to defeat the villainous John Kreese. Heald’s fellow creator Hayden Schlossberg has also addressed the absence of certain characters in season 3, namely Aisha Robinson, played in the show by Nichole Brown.

“There are so many factors at play when you’re figuring out what the story of the season is. It is tricky, especially when you have a half hour show. I would say that we probably have more characters and stories and arcs than a typical half hour show. You end up with situations where you’re deciding okay, well, what stories do you want to focus on? We’re also thinking, not just for one season, but the long game. We think of every different possibility, we understand that Aisha’s a favorite character. She’s probably one of our favorite characters that we ever created.”

Ultimately, it was decided that leaving Aisha and others out of season 3 worked best for the series, but the creators are far from being against bringing them back. Again, without giving too much away, Schlossberg teased that this is likely not the last we have seen of Aisha.

“We love the arc that we gave her in season 1 but we also know that we only have so much time. We looked at how the season was going to be its best and every decision we make is based on what we think the best story is. You saw, as we just discussed with Kyler, how he’s back in season 3. That provides a little bit of fun energy because he wasn’t there in season 2. I think without saying too much more, we told Nichole [Brown] before season 3 that just because she wasn’t in season 3 doesn’t mean that the character can’t come back. We want the audiences to feel that anything is possible in this universe. It’s a soap opera that characters can come in and out. This is just how we felt the best version of season 3 would be.”

Season 3 of this Netflix original picks up with the characters as they struggle to come to terms with the repercussions of the brawl at the high school that closed out the show’s thrilling second season finale. With Miguel (Xolo Maridueña) in a coma, both Daniel LaRusso (Ralph Macchio) and Johnny Lawrence (William Zabka) must reassess the extent of their own involvement in the events that put him there and try to figure out how to forge a better path forward for their students.

Despite only being released at the beginning of the year, the third season of Cobra Kai has already proven to be hugely popular with Netflix viewers, and has already racked up some impressive viewership figures. Released on January 1st, Cobra Kai season 3 has already been watched by more than 41 million households, meaning that everyone and their gran has tuned in to the continuing adventures of The Karate Kid.

Unsurprisingly, fourth season of Cobra Kai has already been greenlit, with creators Josh Heald, Jon Hurwitz, Hayden Schlossberg excited to see their planned endgame come to fruition. An endgame which, according to Heald, goes way beyond season 4. “We have an endgame in our heads,” he said recently. “We’ve had one for quite some time, and it’s not in Season 4. It’s well beyond that. In our minds, we have seasons’ worth of story that is necessary to tell before we get to that endgame. That will be a discussion going forward with our new partners at Netflix. Can we write to that endgame? Can we know that it’s coming? That’s not always the case with television and we respect that. For now, we’re continuing to write at the same speed and with the same path that we set out with from the beginning.”

As for how far along into production the creative trio are on season 4, Schlossberg revealed that they are hoping to start filming very soon. “We’re in Atlanta right now,” he said, “so we’re hoping that very soon we’re going to be starting. So we’re gearing up right now.” All 3 seasons of Cobra Kai are now available to stream on Netflix. This comes to us courtesy of Slashfilm.

WandaVision Theory Knows Who Is Holding Wanda Captive and…