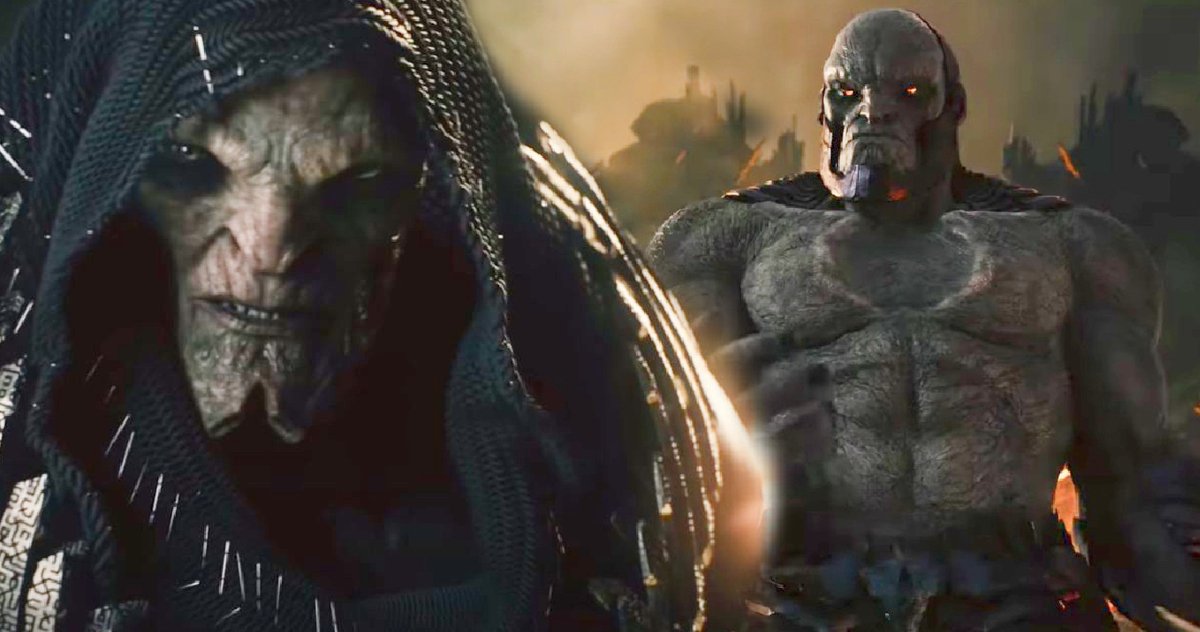 Ever since it was confirmed last year that Zack Snyder’s Justice League will indeed come to HBO Max in 2021, fans have been wondering how much the new movie will differ from the theatrical version that was released in 2017. Now, the new official synopsis for Zack Snyder’s Justice League confirms that two major new villains have been added to the mix, the terrifying God-king Darkseid and his scheming servant DeSaad.

“In ZACK SNYDER’S JUSTICE LEAGUE, determined to ensure Superman’s (Henry Cavill) ultimate sacrifice was not in vain, Bruce Wayne (Ben Affleck) aligns forces with Diana Prince (Gal Gadot) with plans to recruit a team of metahumans to protect the world from an approaching threat of catastrophic proportions. The task proves more difficult than Bruce imagined, as each of the recruits must face the demons of their own pasts to transcend that which has held them back, allowing them to come together, finally forming an unprecedented league of heroes. Now united, Batman (Affleck), Wonder Woman (Gadot), Aquaman (Jason Momoa), Cyborg (Ray Fisher) and The Flash (Ezra Miller) may be too late to save the planet from Steppenwolf, DeSaad and Darkseid and their dreadful intentions.”

In 2017’s Justice League, the main villain of the story was Steppenwolf, an alien invader who comes to Earth in search of the Mother Boxes. It was only hinted that Steppenwolf was actually working for someone much worse than him. That someone is now confirmed to be Darkseid, ruler of the planet Apokolips that Steppenwolf is from.

According to Snyder, he had always intended to have Darkseid as the main villain of the three-part Justice League movie that he was planning. When the filmmaker stepped aside from the project in 2017 to focus on his personal life following a family tragedy, the plot points regarding Darkseid and DeSaad were excised from Justice League. Recently, Snyder opened up about why he left the project midway through filming, admitting that he was simply too exhausted mentally to continue to fight the studio on creative aspects of the movie.

“I just was kind of done with it. I was in this place of [knowing] my family needs me more than this bullshit, and I just need to honor them and do the best I can to heal that world. I had no energy to fight [the studio], and fight for [the movie]. Literally, zero energy for that. I really think that’s the main thing. I think there’s a different world where I stayed and kind of tried. And I’m sure I could have . . . because every movie is a fight, right? I was used to that. But I just did not have the [energy]. There was no fight in me. I had been beaten by what was going on in my life and I just didn’t want to, I didn’t care to . . . that was kind of where I was.”

The Man Who Fell to Earth Reboot Gets Chiwetel Ejiofor in…

Guardians of the Galaxy 3 Will Use the Same Filming…