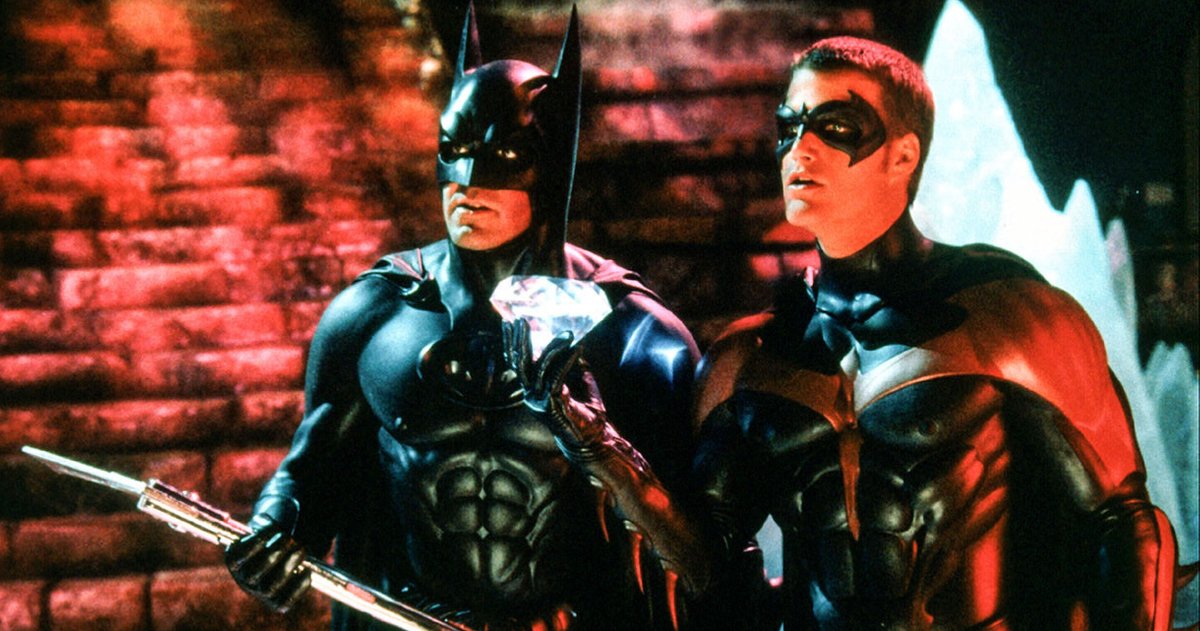 Uneasy lies the head that wears the Batman cowl. While Christian Bale and Micheal Keaton came out of the experience of playing the Dark Knight relatively unscathed, other actors, from Adam West to George Clooney, to Ben Affleck have struggled due to their time spent portraying the Caped Crusader. In a new interview, Clooney explained that the terrible reception to his movie Batman & Robin, while hurtful, led him to a better career as an actor by forcing him to focus on doing films with good scripts.

“I’d gotten killed for doing Batman & Robin and I understood for the first time – because quite honestly when I got Batman & Robin I was just an actor getting an acting job and I was excited to play Batman – what I realized after that was that I was going to be held responsible for the movie itself not just my performance or what I was doing. So I knew I needed to focus on better scripts, the script was the most important thing. You can’t make a good film out of a bad script, it’s impossible. You can make a bad film out of a good script.”

RELATED: Batman Beyond Creator Thinks a Live-Action Movie with Michael Keaton Could Work

After the breakout success of Tim Burton’s Batman, and the middling success of its follow-ups, Batman Returns and Batman Forever, George Clooney stepped in to play the role of the Dark Knight in Batman & Robin. The film did not suffer from a lack of ambition, featuring superstar Arnold Schwarzenegger in the role of the villain Mr. Freeze, Uma Thurman as Poison Ivy, and introducing the characters of Batgirl and Robin.

Unfortunately, all those pulses could not stop the movie from sinking at the box-office, something Clooney acknowledged in a previous interview, while reminding us that he was not in a position at the time to do anything more than put on the suit and do what the producers told him to do.

“I couldn’t have done that one differently. It’s a big machine, that thing. You have to remember at that point, I was just an actor getting an acting job. I wasn’t the guy who could greenlight a movie… [Arnold Schwarzenegger and I] never even saw each other. It’s a big, monster machine, and I just sort of jumped in and did what they said… The truth of the matter is, I was bad in it. Akiva Goldsman – who’s won the Oscar for writing since then – he wrote the screenplay. And it’s a terrible screenplay, he’ll tell you. I’m terrible in it, I’ll tell you. Joel Schumacher, who just passed away, directed it, and he’d say, ‘Yeah, it didn’t work.’ We all whiffed on that one.”

Fortunately, Clooney was able to escape the shadow of Batman & Robin, and go on to become an Oscar-winning actor and filmmaker. Who knows, with the new direction the DCEU is going in with multiple Batmen, we might yet get to see Clooney don the Batsuit one more time. This news originated at Deadlne.

7 Actors Who Could Play Tom Brady in the Inevitable Tom…

WandaVision: Someone Is Constantly Reprogramming the Fake…