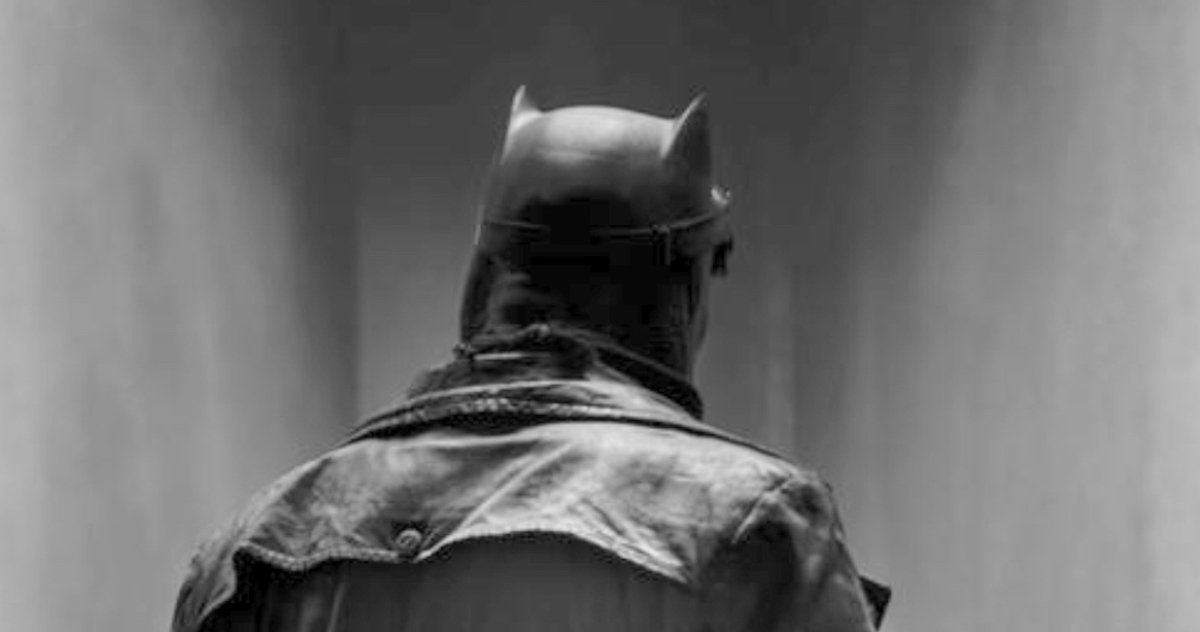 In what is likely just the beginning of a huge marketing push over the next few weeks, director Zack Snyder has a shared a new image from his upcoming cut of Justice League. Reminding audiences of one of the more intriguing segments from his time with DC, the image confirms the return of Knightmare Batman, meaning we will once again return to the ravaged future world first teased in 2016’s Batman v Superman: Dawn of Justice.

The Knightmare sequence occurs part-way through Snyder’s Batman V Superman and features a trench coat-wearing, gun-toting version of The Dark Knight. Taking on Parademons in a dirt-drenched city reminiscent of Mad Max, Batman and his small band of freedom fighters are the only thing standing against a tyrannical Superman, who has taken over the world under the world on the orders of the all-powerful Darkseid.

Considering that Darkseid will play a major role in Zack Snyder’s Justice League (rather than simply being hinted at as seen in the theatrical version) it makes sense that audiences will once again be transported to this vision of the future for Snyder’s take.

While the image does not give much away, and chalk this up to rampant speculation if you will, but this could be the lead up to Ben Affleck’s Batman coming face-to-face with Jared Leto’s Joker. Leto’s return was recently teased in an image shared by Snyder, with the Clown Prince of Crime reportedly sporting a “road-weary” look in the movie. What could have caused the Joker to change his look so drastically? Knightmare, that’s what.

The Snyder Cut is expected to follow a similar plot to 2017’s Justice League, but making some substantial changes along the way. A newly released synopsis reads; “In ZACK SNYDER’S JUSTICE LEAGUE, determined to ensure Superman’s (Henry Cavill) ultimate sacrifice was not in vain, Bruce Wayne (Ben Affleck) aligns forces with Diana Prince (Gal Gadot) with plans to recruit a team of metahumans to protect the world from an approaching threat of catastrophic proportions.

The task proves more difficult than Bruce imagined, as each of the recruits must face the demons of their own pasts to transcend that which has held them back, allowing them to come together, finally forming an unprecedented league of heroes. Now united, Batman (Affleck), Wonder Woman (Gadot), Aquaman (Jason Momoa), Cyborg (Ray Fisher) and The Flash (Ezra Miller) may be too late to save the planet from Steppenwolf, DeSaad and Darkseid and their dreadful intentions.”

Tom Holland Wants to Do a Horror Movie After Watching Get…

Is That a Godzilla Imposter in the First Godzilla Vs. Kong…