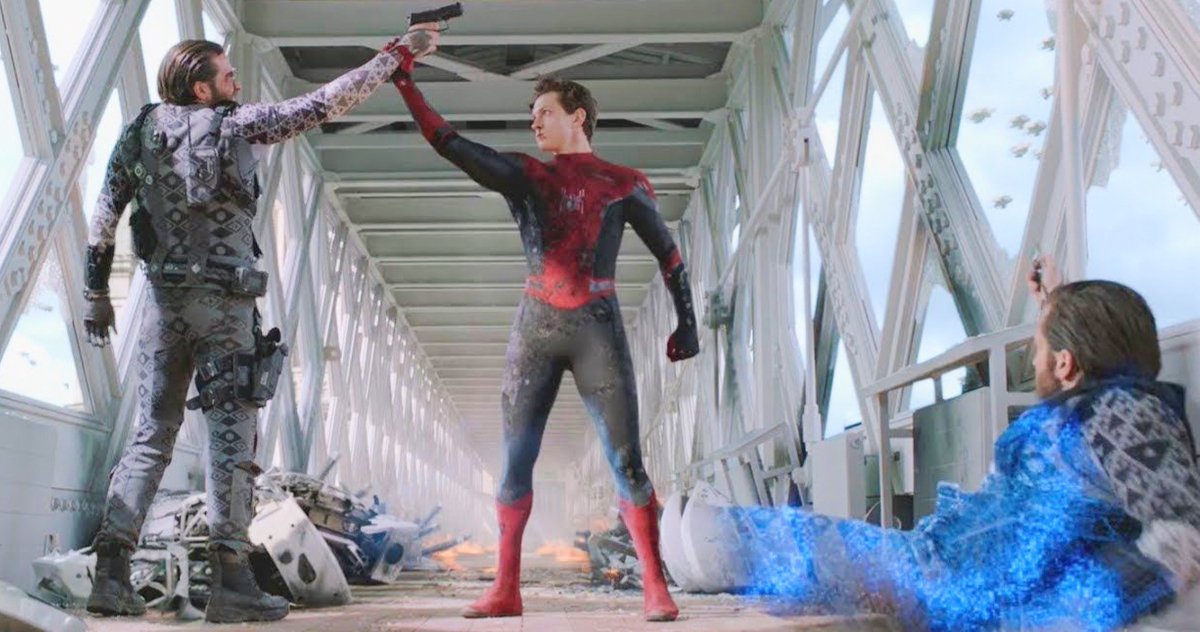 In recent months, every time the upcoming third Spider-Man movie has been in the news, it has been in relation to how the film will connect the MCU to the larger multiverse, and heroes from other Marvel franchises. Now, photos taken from the sets of Spider-Man 3 have also confirmed a major connection to where the series ended in the previous Spider-Man: Far From Home.

New photos from the ‘SPIDER-MAN 3’ set!

As a quick recap, Spider-Man: Far from Home ended with Peter Parker aka Spider-Man, defeating the supervillain Quentin Beck aka Mysterio. However, before his demise, Beck had managed to orchestrate matters so that the general public believed he was a superhero, and that Spider-Man had killed him, revealing the webbed wall-crawler’s secret identity to the world in the process.

The photo from the sets of Spider-Man 3 reveals shots of a public news board. Among various flyers stuck to the board, there is one that depicts a close-up drawing of Mysterio, with the words “I Believe” printed underneath. From the flyer, it is clear that at least a section of the public still believes in and supports Mysterio, and as a result, probably still thinks of Spider-Man as the villain.

There have long been rumors that Spider-Man 3 will have Peter Parker dealing with the fallout of being outed as Spider-Man and being blamed for Mysterio’s death, and will have to go to court to prove his innocence. That is where Peter will employ the services of Matt Murdock, a criminal defense lawyer, who also happens to be Daredevil. The recent sighting of Charlie Cox, who portrayed Matt in the Daredevil Netflix show, on the sets of the new Spider-man film has added further fuel to such speculations.

Aside from legal battles, Spider-Man 3 will also deal in some manner with the multiverse, with Peter being mentored by Doctor Strange, and meeting heroes and villains from different realities, such as Jamie Foxx’s Electro, Alfred Molina’s Doctor Octopus, and possibly Tobey Maguire and Andrew Garfield as different versions of Spider-Man.

The amount of casting news that has accompanied the making of Spider-Man 3 has made the film the most debated project in the MCU amongst fans, with one outrageous fan theory after another being proposed regarding how so many characters will fit into the film’s storyline. In a recent interview, MCU showrunner Kevin Feige had confirmed that he was aware of the rampant speculation, but was unwilling to commit to confirming or denying any of them.

“I’ve read some things. I’m not sure I’ve read all things. The fun thing about online speculation when it comes to our stuff is how sometimes it couldn’t be more off the mark and sometimes it’s shockingly close, and that’s held true for the last few years. But saying which is which would take all the fun out of everything.