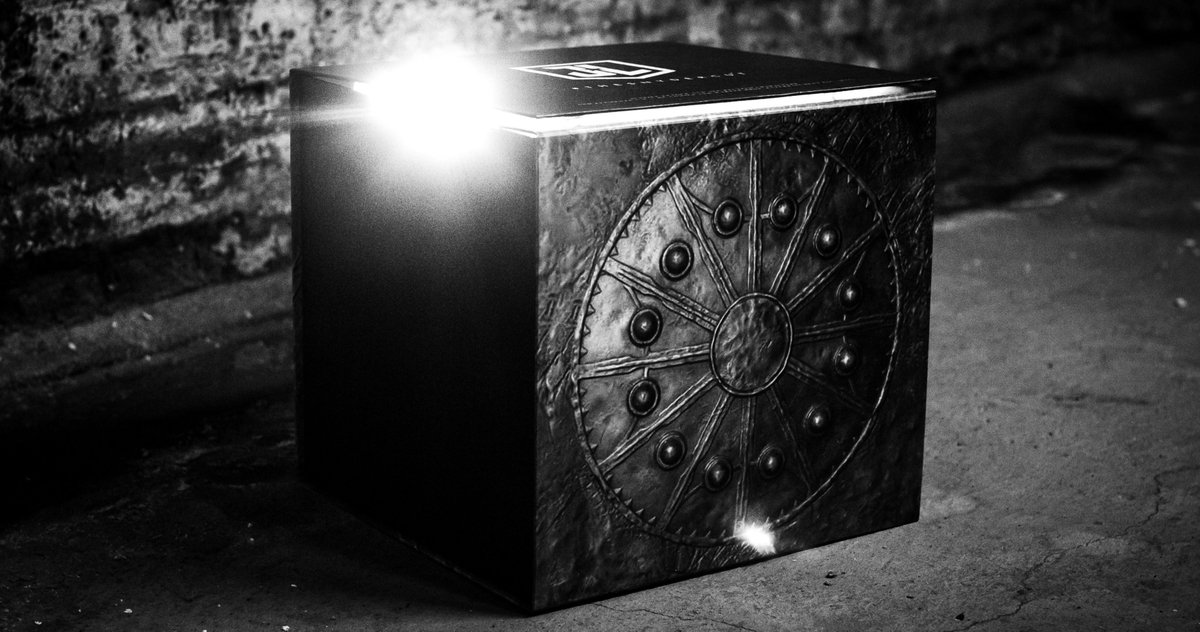 A meal kit for Zack Snyder’s Justice League has just been announced. The $130 kit is a partnership between Warner Bros. Consumer Products and Wonderland Restaurants. Wonderland at Home will offer the Mother Box meal kit for delivery starting in March when the movie finally hits HBO Max. It was announced earlier this morning that fans will be able to stream the Snyder Cut in all of its lengthy glory starting on March 18th.

For hardcore DC fans looking for more of an immersive experience, Wonderland Restaurants is offering a Justice League-themed meal. It is being hailed as “a first-of-its-kind, immersive, at-home dining experience” for customers in the Unites States and the U.K. Wonderland Restaurants is a self-described “creative & innovation studio for the food and beverage industry,” and they have been hard at work to ensure that fans will enjoy the Mother Boxes.

Mother Boxes cost $130 for a kit for two or $260 for four. Shipping and taxes are not included in that base price. However, the Mother Boxes will offer quite the variety of Justice League-themed food. There’s the Ocean Trench, which is an Icelandic cod and chips with “trench” dressing. Next up is The Big Belly Burger, an infamous fast-food burger from the DC universe, served with condiments.

The Resurrection is a bit on the mysterious side with a description to be revealed later. The same can be said about the Ancient Themysciran Fire, along with the Snacks and Extras, which will also be revealed later. For DC fans that are of legal drinking age, there is the Koul Brau Beer, which are two beers straight out the DC universe exclusively brewed for Wonderland At Home. Finally, there is Jitters Coffee, a cold brew coffee in a can, served in a flash. Vegetarian options are also on the menu.

In addition to the aforementioned items, Wonderland Restaurants is also teasing “some surprise augmented reality sensorial ‘extras'” and says fans should “expect interactive games and exclusive content to enjoy online.” All in all, Warner Bros. is going all out with its promotion of Zack Snyder’s Justice League. The director previously revealed that a full-length trailer is on the way, but did not provide a timeline.

In addition the Justice League Mother Boxes meal kits, Wonderland Restaurants is also currently working on Park Row, an upcoming high-end DC Comics-themed restaurant in London. The restaurant was originally announced in early 2020, and it aims to offer DC Comics fans an immersive and high end dining experience. With people still stuck at home, it will be interesting to see how many fans jump on the Mother Boxes to enhance their Justice League viewing experiences when March rolls around. You can head over to the Wonderland at Home website to set up your advanced orders in time for the HBO Max premiere on March 18th.

Liam Neeson Pulls Out His Original Lightsaber from The…