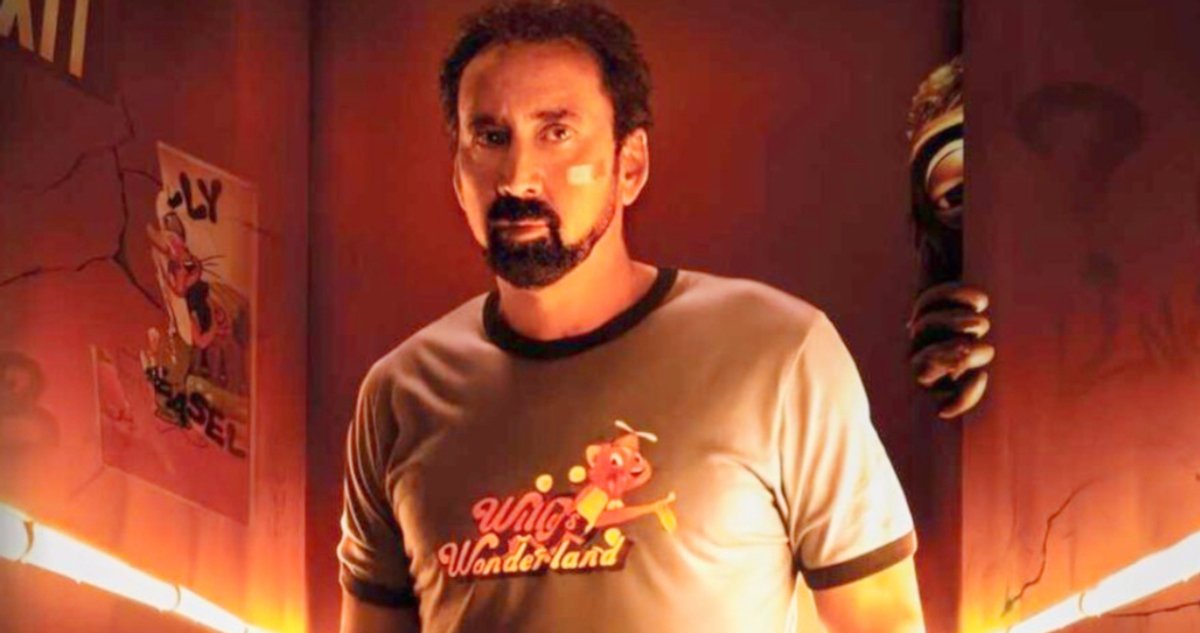 Ahead of its VOD release next month, the official trailer for the wild horror movie Willy’s Wonderland Trailer has finally arrived. Starring Nicolas Cage, the story follows a night-shift janitor battling violent animatronic mascots in an abandoned family entertainment center. Cage also produced the movie alongside Killer Klowns from Outer Space star Grant Cramer and Mike Nilon, Jeremy Davis, David Ozer, and Bryan Lord. You can check out the trailer below.

Directed by Kevin Lewis and written by G. O. Parsons, Willy’s Wonderland begins with a drifter (Nicolas Cage) winding up stranded in the remote town of Hayesville, Nevada. He agrees to work as a janitor at a Chuck E. Cheese-style family fun center called Willy’s Wonderland, only to discover that the animatronics have come to life and are trying to kill him. To survive the night, the janitor must work together with a group of teenagers to protect themselves from the murderous robots. It’s a bizarre concept, but the trailer makes it clear that Cage can make it work.

This movie was likely influenced by the popular Five Nights at Freddy’s video game series. In each installment of the horror game franchise, players are tasked with surviving as murderous animatronic mascots try to kill them at the restaurant Freddy Fazbear’s Pizzeria. The game series has been incredibly successful and there have been plans to adapt them as a movie for years. In November, creator Scott Cawthon said that the project was finally making traction and the Five Nights at Freddy’s movie is supposed to start filming this spring.

For more evil animatronic fun, you can check out the 2019 horror The Banana Splits Movie. The movie reimagines the classic Hanna-Barbera children’s TV series with a Five Nights at Freddy’s twist, with the animatronics going ballistic and going on a killing spree in the studio after learning that their show is getting canceled. Directed by Danishka Esterhazy, the movie starred Dani Kind, Steve Lund, and Celina Martin.

As for Cage, there’s plenty more on the horizon for his fans to look forward to. He will play a heightened version of himself in the meta-action movie The Unbearable Weight of Massive Talent, which is due to release this year. The upcoming drama Pig will star the actor as a man mushroom forager on a mission to find his missing pet pig. Cage will also play Tiger King star Joe Exotic for a limited series on the small screen.

Willy’s Wonderland was originally set to release in October before the pandemic pushed back its premiere. It has now been revealed that the movie will be releasing on VOD services with a limited theatrical release on Feb. 12. The official trailer comes to us from ONE Media on YouTube.

Bella Thorne Stands Up for Armie Hammer Amid Online Controversy

The Batman Is on Target to Wrap This March Following a…

Anthony Mackie Claims His Falcon Has Better Buns Than Chris…