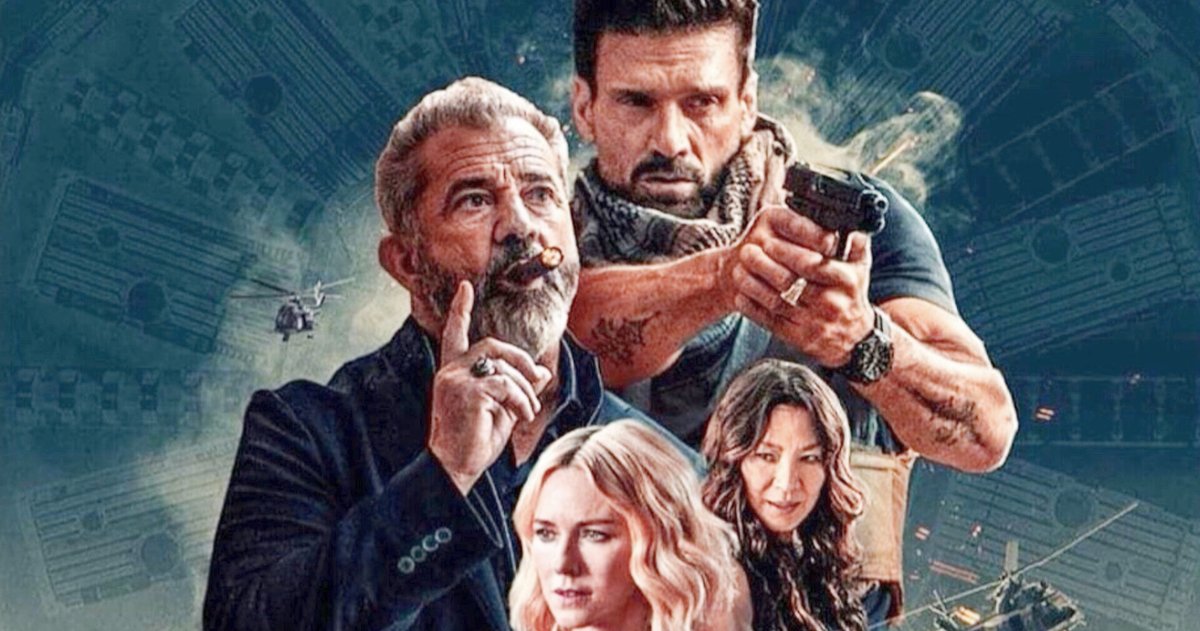 We have the first trailer for Boss Level. The new action/thriller was originally destined for a theatrical release but, instead, it will debut on Hulu in the U.S. The movie stars Frank Grillo (The Purge: Anarchy, Captain America: The Winter Soldier), who reunited with his frequent collaborator, writer/director Joe Carnahan (The Grey, The A-Team). This time around, Grillo finds himself trapped in a deadly time loop. It brings a new spin on the increasingly-popular plot device of having someone live out the same day over and over again. Other recent examples include Edge of Tomorrow, Happy Death Day and Palm Springs.

The trailer opens with Frank Grillo’s character Roy walking into a diner and having way too much to drink before promptly being murdered. We come to learn that this has happened 140 some odd times, with a mysterious villain played by Mel Gibson pulling the strings. Roy is forced to relive his brutal death time and time again, with no way of stopping it. One fateful day, things change as the love of his life is still alive, which sets him on a quest to save her. The trailer is loaded down with action and brutal violence. Bullets. Beheadings. Even sword fights. A whole lot is going on here.

Boss Level sees a former special forces agent named Roy Pulver (Frank Grillo} trapped in a time loop that constantly repeats the day of his murder. He uncovers clues about a secret government project that could unlock the mystery behind his untimely death. In a race against the clock, Pulver must hunt down Colonel Ventor (Mel Gibson), the powerful head of the government program, while outrunning skilled ruthless assassins determined to keep him from the truth in order to break out of the loop, save his ex-wife (Naomi Watts) and live once again for tomorrow.

As is the case with many movies last year, and now in 2021, they are being repurposed for streaming. Hulu paid somewhere in the eight-figure range for the rights to this one, which is still expected to get a theatrical release overseas. That is sort of the best-case scenario for these movies that were stuck in no man’s land awaiting a release. While it’s tough for big blockbusters to make money that way, a mid-budget project like this can do well with a hybrid release strategy. Boss Level arrives March 5 on the Hulu streaming service. Be sure to check out the new trailer for yourself.

Karen Gillan Confirmed to Return as Nebula in Thor: Love and Thunder

Godzilla Vs. Kong Trailer Is Ready to Stomp on Marvel…

How Thor and Darcy Lewis Changed Because of Natalie Portman…