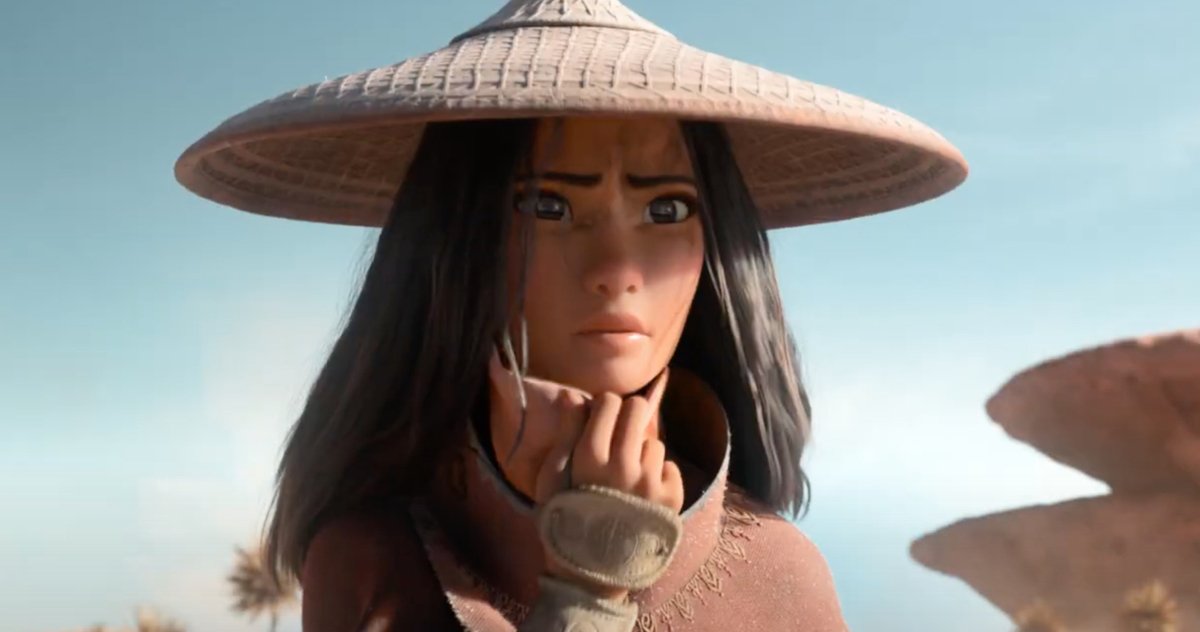 A new Super Bowl ad for Raya and the Last Dragon provides a new sneak peek at the animated movie ahead of its premiere in March. Last week, Walt Disney Animation Studios released an official trailer for the movie, which will release simultaneously in theaters and on Disney+ with Premier Access. The new Super Bowl spot provides another thrilling new look at the anticipated movie, and if you didn’t catch the game, you can watch the new ad below.

Per an official logline, “Raya and the Last Dragon takes us on an exciting, epic journey to the fantasy world of Kumandra, where Raya (Kelly Marie Tran, (Star Wars: The Last Jedi), a lone warrior, must track down the legendary last dragon to stop an evil force that has returned after 500 years to once again threaten her homeworld.”

Awkwafina also stars as the voice of Sisu the dragon, which has been drawing some comparisons to Robin Williams’ iconic performance as the Genie in Aladdin. When asked if Williams inspired the Sisu character in Raya, producer Osnat Shurer explained that Awkwafina merely fit the qualifications of everything they were looking for.

“When we met Awkwafina, we knew, first of all, that she’s an incredible actress with a wide range, and with a very professional and disciplined approach to acting,” Shurer said last month. “But Awkwafina fit the dragon that we were looking for — some combination of wisdom and emotion and humor. She brings all those three things together in some magical potion. I’m touched that you compared her to Robin.”

Director Carlos Lopez Estrada added, “Sisu really gives Awkwafina such a good chance to explore the wackiest of her comedy, and also just the most earnest beautiful, honest acting that had us all in tears. I just think that it’s really great to see a Disney character that allows an actor to explore that range.”

Raya and the Last Dragon is set to be released in theaters on March 5, 2021. On the same day, it will also be available on Disney+ with Premier Access for $29.99 in most Disney+ markets. If you want to watch it at home, you can pre-order the movie now on Disney+. Or, if you’re planning to visit the theater, advance tickets can also be ordered at Fandango. The new Big Game spot comes to us from Walt Disney Animation Studios.

Legend of Zelda TV Show Was Canceled by Nintendo Because…

Casey Anthony Is Producing an Authorized Documentary About…

WandaVision Has Already Established the Presence of Six New…