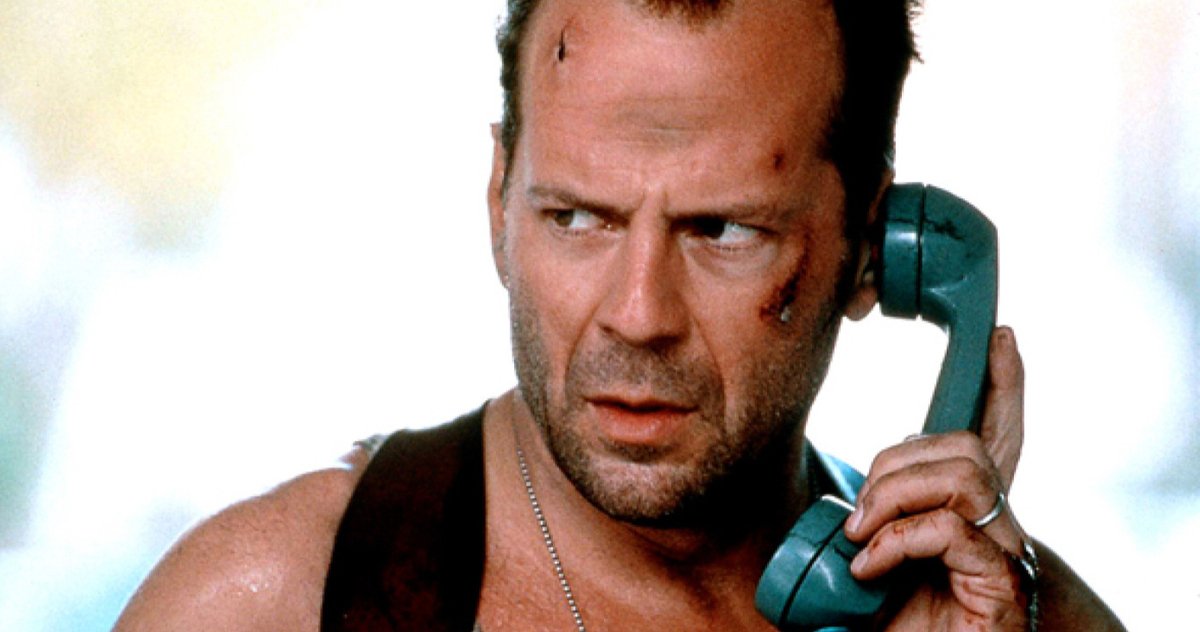 Bruce Willis may be getting ready to finally resurrect John McClane for one final movie in Die Hard 6. The character was last seen in 2013’s critically mauled A Good Day to Die Hard, but a new report suggests that the 65-year-old action star is gearing up to revive the series for a sixth and final adventure, in which the hero will no doubt once again find himself in the wrong place at the wrong time.

Sadly, the report, which it should be stipulated is all just a rumor at this stage, does not go into specifics regarding the direction of Die Hard 6, but the idea of one last explosive outing for John McClane does track with what has been reported in the past. At one time, there were plans in place to bring a Die Hard prequel to the big screen. Tentatively titled McClane, the project was ultimately cancelled after Disney purchased 20th Century Fox and went through its list of upcoming projects with an eye toward trimming the budget. While details of the proposed plot remain scarce, it was rumored that McClane would have only featured Bruce Willis in a cameo, as a framing device for the story, with a younger actor taking on the role of John McClane as an 80s beat cop.

RELATED: Disney Likes Die Hard 6 Script, But Will They Still Make It?

McClane reportedly began life as Die Hard Year One, which would have used the Die Hard prequel comic from BOOM! Studios and writer/artist Howard Chaykin as a jumping off point. Released in 2009, Die Hard Year One is an 8-issue series set in 1976 and follows John McClane as a rookie cop in the NYPD.

The rumors surrounding the Die Hard prequel are much like the faceless goons that McClane loves to gun down, they just keep coming, with further speculation stating that the story would have brought back Willis as a present day McClane, who would begin working a case that ties back to a case he worked as a 20-something rookie cop, with the role of young McClane either recast or utilizing some infamous de-aging tech.

Executive producer Lorenzo di Bonaventura previously explained the approach to the project, stating quite rightly that you can’t really do Die Hard without Bruce Willis. “I don’t know how you do Die Hard without Bruce,” he said at the time. “The idea that he’s not very significant in this movie is not accurate at all. We are gonna explore John McClane in his twenties. But just as prominent is the 60-year-old version.”

While this all remains very vague at present, the idea of Willis reprising the role as both the older and younger John McClane certainly fits with what long-awaited sequels are all about right now, and the general idea of a current case tying back to one from the 80s could certainly work if done right.

Willis reprising the Die Hard role all these years later is also not without precedent, with the actor recently starring as John McClane in an ad campaign for DieHard car batteries. Perhaps crawling around inside air vents all over again imbued Willis with the desire to return to the franchise one final time with Die Hard 6. For now, Willis is returning to the sci-fi franchise to battle aliens in Cosmic Sin. This comes to us from Daniel Richtman.

Old Man Steve Was Not the Plan for Chris Evans’ MCU…

The Man Who Fell to Earth Reboot Gets Chiwetel Ejiofor in…

Raya and the Last Dragon Director Explores the Themes Behind…