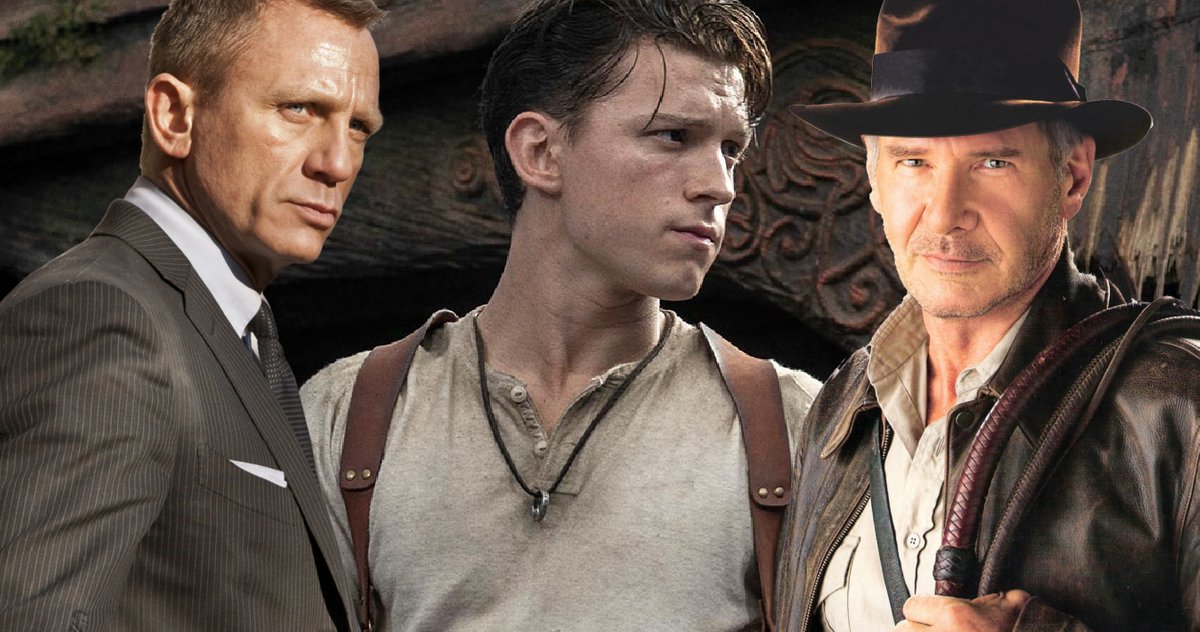 While Tom Holland has found great success playing the role of Peter Parker aka Spider-Man in the MCU, the actor is next set to headline another potentially massive franchise, the live-action Uncharted movie based on the best-selling video game series. Holland, who plays the lead role of Nathan Drake in the film, described his character as a cross between Indiana Jones and James Bond in a recent interview.

“I think the easiest way to describe the film without belittling it in any way is like if Indiana Jones and James Bond had had a baby, it would be Nathan Drake. That is the way I keep describing the film.”

It is interesting that Tom Holland described Nathan Drake as part-Bond. In the past, the actor has expressed a desire to play James Bond in some future movie. While that casting choice seems like a long shot at this point, in the meantime, Holland can scratch that James Bond itch with Uncharted. The actor also spoke about the action-packed shoot for Uncharted, which was more difficult for him than making the Spider-Man movies.

“It was an amazing experience. It was actually much more of a challenge than I thought it would be. It’s a very, very different type of franchise movie to what I’m used to… Playing Peter Parker kind of feels like playing a version of myself, only a little bit younger, and playing Nathan Drake is playing someone who I am very much not, and obviously older than myself. But as the process goes, it was a lot of fun, I really enjoyed it. I did some stunts in that film which I am massively proud of.”

The Uncharted games tell the story of treasure-hunter Nathan Drake. The character was inspired by Indiana Jones movies, and goes on globe-trotting adventures with his team to discover treasures from forgotten worlds. The character of Drake finds some similarity to Lara Croft from the Tomb Raider video game series, which is also an action-packed franchise about a central treasure-hunter character.

While Lara kickstarted a successful movie franchise with Angelina Jolie and the current reboot with Alicia Vikander, the Uncharted movies have been stuck in development hell for more than a decade in Hollywood. The wait has been so long that Mark Wahlberg was attached to play Drake at the start, but grew so much older waiting for the project to be greenlit that he is now playing Drake’s mentor Sully instead.

Even after filming finally started for the Uncharted movie, the shoot was beset by dangers and troubles similar to what the rest of the film industry faced in the new era of social distancing in 2020. Hopefully, the movie will make it to its release date next year without any more delays.

Directed by Ruben Fleischer, Uncharted stars Tom Holland and Mark Wahlberg alongside Antonio Banderas, Sophia Ali, and Tati Gabrielle. The film is set to arrive in theaters on February 11, 2022. cms.megaphone.fm brought us this news first.

Ben Affleck Reveals One Thing About Batman That Made Justice…

WandaVision Featurette Takes the MCU in Front of a Live…