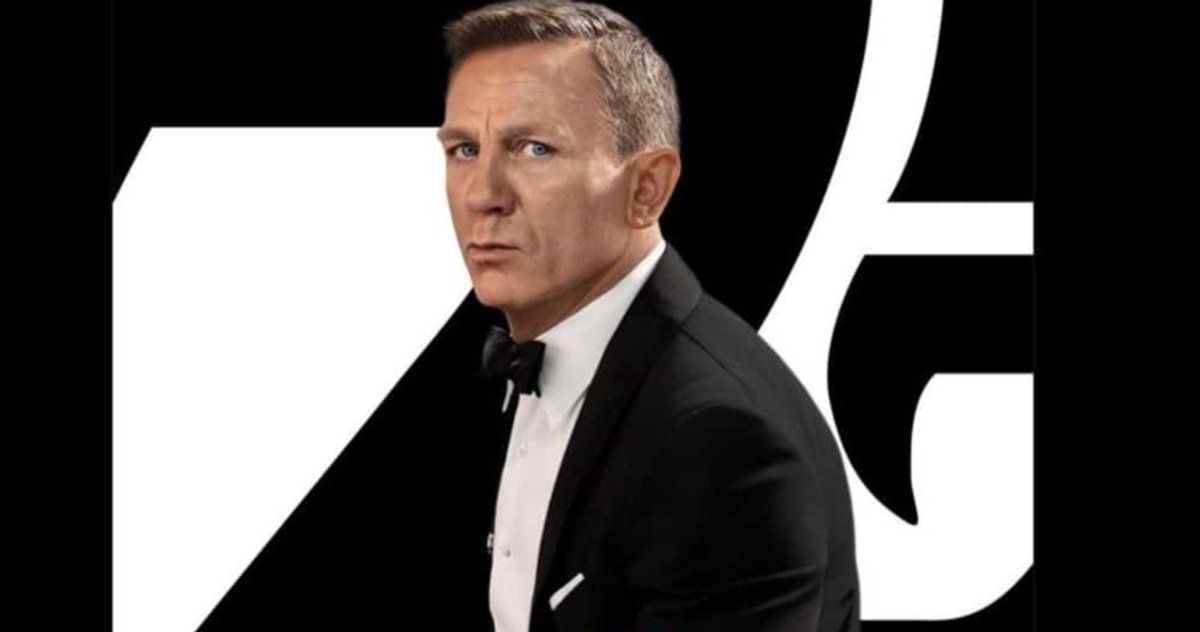 It is looking very likely that James Bond will not be sipping martinis and despatching bad guys any time soon, with word spreading that No Time to Die is looking to ditch its current April release date and move instead to sometime in the fall. Potentially being pushed back all the way to November. With the current state of the ongoing situation in both the United States and the United Kingdom, the latter of which is a key market for 007, MGM is reportedly looking to delay the movie to later in the year.

The situation in the United Kingdom in particular has been escalating over recent weeks, with the nation recently thrown back into lockdown, bringing a grinding halt to the theater industry once again. A further delay to No Time to Die should not come as too much of a surprise, as the latest James Bond outing has already been delayed several times. No Time to Die is also not the only tentpole release eyeing another push back, with the likes of comic book movie Morbius having already been taken that step, with Fast and Furious 9 likely to join them.

RELATED: No Time to Die, F9, Morbius and More Expected to Be Delayed Again

No Time to Die director Cary Joji Fukunaga has previously admitted that the movie could very well be delayed again. When asked whether he thought audiences would have to wait even longer for the last Daniel Craig outing, the filmmaker did not provide the answer that fans were likely hoping for. “I think there’s always the potential of that,” he said. “I look at it unemotionally right now… There are so many bigger things happening. I have friends who are losing businesses, restaurants, and other friends who have lost family members.”

Previous reports have also revealed the heavy cost of delaying No Time to Die, with loans taken out by MGM in order to make the movie costing the studio $1 million in interest every month. Ongoing delays to release have meant that interest is rapidly building up and will not be paid off until the movie hits screens. “MGM is suffering,” said Hal Vogel, CEO of Vogel Capital Research, “Every major distributor at this point has a pile of unreleased expensive movies. The pile grows larger by the day. These films are inventory. They are sitting there with no return on their investment. Even with low interest rates, the interest costs are piling up. So going the streaming route is not that crazy. You’ve spent the money. And you’re not getting it back anytime soon.”

Directed by Cary Joji Fukunaga from a screenplay by Neal Purvis, Robert Wade, Fukunaga, and Phoebe Waller-Bridge, No Time to Die picks up five years after the capture of Ernst Stavro Blofeld, with James Bond having now left active service. He is approached by Felix Leiter, his friend, and a CIA officer, who enlists his help in the search for Valdo Obruchev, a missing scientist. When it becomes apparent that Obruchev was abducted, James Bond must confront a danger the likes of which the world has never seen before.

The movie will feature Daniel Craig’s final appearance as the iconic secret agent. Léa Seydoux, Ben Whishaw, Naomie Harris, Jeffrey Wright, Christoph Waltz, and Ralph Fiennes reprise their roles from previous films, with Lashana Lynch, Ana de Armas, and Rami Malek joining the main cast. No Time to Die was originally due to be released back in November 2019 and is now currently scheduled to debut on April 2nd, 2021. Though make sure you use a pencil when putting that in your date book. This comes to us courtesy of Deadline.

To All the Boys 3: Always and Forever Trailer Brings Lara Jean’s Journey to an End

Krysten Ritter to Return as Jessica Jones in She-Hulk…

Nobody Super Bowl Trailer Has Bob Odenkirk and Christopher…