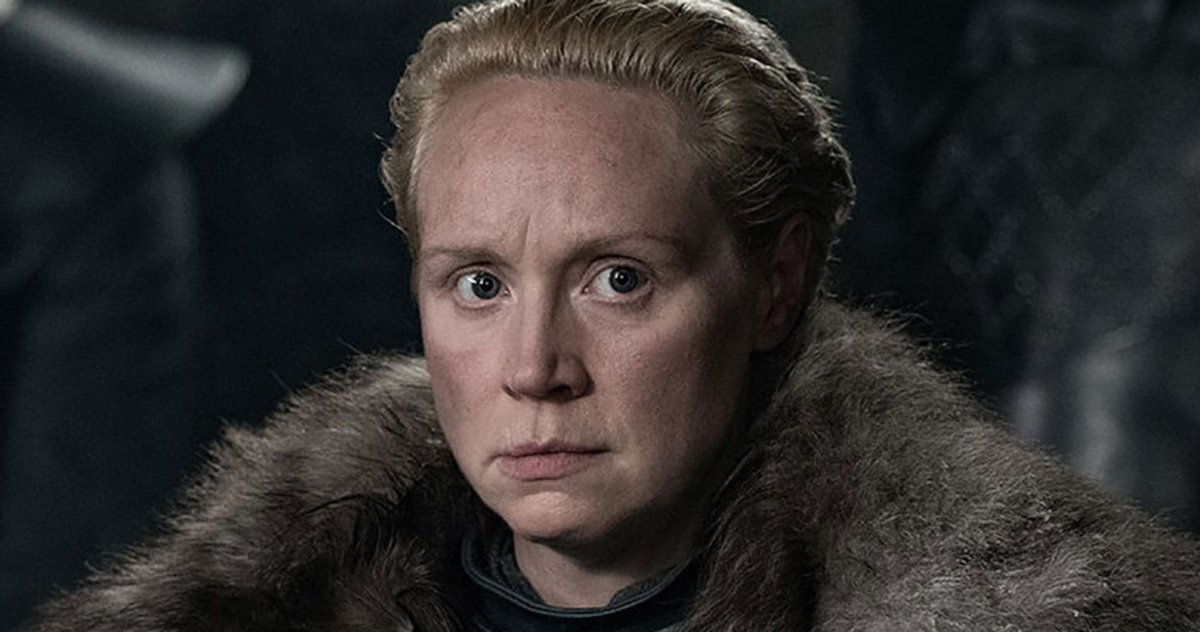 Game of Thrones star Gwendoline Christie has reportedly been cast in Netflix’s adaptation of Neil Gaiman’s The Sandman in an unknown role. While it has not been revealed who Christie will play in the upcoming series, two major characters in the story, Desire and Death, have allegedly not yet been cast. Based on both characters and how they appear in the source material, Desire, the third youngest of the Endless and the twin of Despair, is the much more likely candidate.

Gwendoline Christie is best known for her role as the fierce warrior Brienne of Tarth in HBO’s Game of Thrones, as well as playing Captain Phasma in Disney’s Star Wars trilogy. A role in The Sandman would not be Christie’s first foray into the work of writer and creator Neil Gaiman, having previously lent her voice on the radio adaptation of his novel The Sleeper and the Spindle.

The upcoming Netflix series is set to be based on the seminal Neil Gaiman graphic novel The Sandman, which originally ran for 75 issues from 1989-1996. The story of The Sandman follows the main character Dream, also known as Morpheus (among other names), a conceptual entity struggling with his place in the universe. He is one of the seven Endless, with the other Endless being Destiny, Death, Desire, Despair, Delirium, formerly Delight, and Destruction. The Sandman is a story about the power of stories and how they can evolve, and how Morpheus, the Lord of Dreams, is captured and subsequently learns that change is often inevitable.

According to Netflix, The Sandman will be “a rich blend of modern myth and dark fantasy in which contemporary fiction, historical drama, and legend are seamlessly interwoven, The Sandman follows the people and places affected by Morpheus, the Dream King, as he mends the cosmic-and human-mistakes he’s made during his vast existence.”

Filming on the series began towards the end of last year, with Gaiman confirming that cameras were now rolling, as well as teasing that casting announcements were imminent. While no official casting announcements have yet been made, recent reports claimed that the series was close to signing on British actor Tom Sturridge as the lead character, Dream. Reportedly, Sturridge auditioned for the role earlier in the year and beat out Poldark’s Tom York and Merlin’s Colin Morgan.

Looking beyond the lead, recent rumors have also suggested that The Hunger Games star Liam Hemsworth and Stranger Things star Dacre Montgomery were being sought-after to play one of the main villains of the piece, The Corinthian, one of the many nightmarish creations of Dream.

Neil Gaiman is on board as an executive producer on the show alongside David S. Goyer, with the pair also co-writing the series along with Wonder Woman writer Allan Heinberg. Earlier this year the series added Black Mirror cinematographer George Steel, and Black Mirror and Sherlock director Toby Haynes to the promising roster. The first season will consist of 11 episodes and will cover the first The Sandman graphic novel, “Preludes & Nocturnes”. No premiere date for The Sandman has yet been announced by Netflix. This news comes to us courtesy of Discussing Film.

Legend of Zelda TV Show Was Canceled by Nintendo Because Netflix Leaked Their Plans?

The Batman Star Jeffrey Wright Is Bruce Wayne in HBO…

Is Vin Diesel Teasing The Rock’s Return in the Fast…