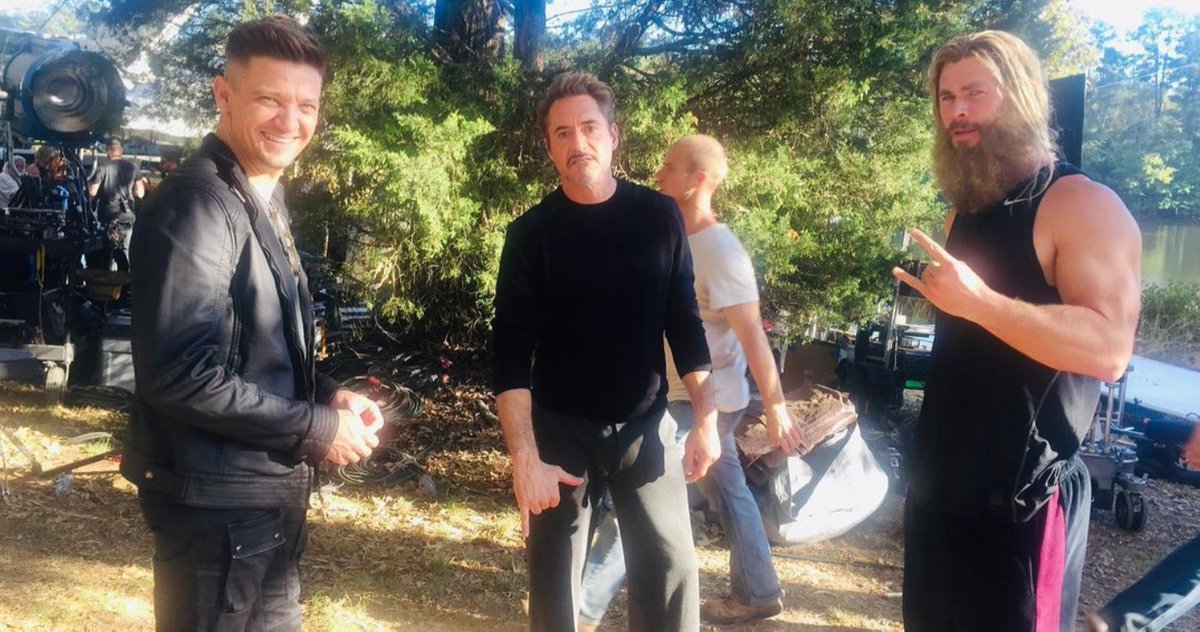 Once an Avenger, always an Avenger. Jeremy Renner recently took a trip down memory lane when he posted a picture from the sets of Avengers: Endgame, in which the actor can be seen alongside Robert Downey Jr. and Chris Hemsworth. Both Renner and Hemsworth were sporting their hairdos from Endgame. The photo was captioned, “Miss these fine gents @chrishemsworth @robertdowneyjr And the rest of the gang!!”

Clearly, the more than two years that have passed since the time that Endgame was being made has not dented the bond that has been fostered between Renner and the rest of his Avengers co-stars. Downey Jr. responded to Renner’s photo with a hug and love emoji. Previously, the Avengers: Endgame actors had gathered publicly last year via streaming to accept the Favorite Movie award at Kids’ Choice Awards 2020: Celebrate Together.

Renner’s journey in the MCU was not always one that he remembered fondly. At the start, the actor only appeared as Hawkeye for a brief cameo in the first Thor movie. Not only did the character never get his own standalone film, but his first full-fledged role in 2012’s The Avengers saw Hawkeye hypnotized into becoming Loki’s evil minion. In a previous interview, Renner had admitted playing this version of the character had not been very creatively satisfying.

“At the end of the day, 90% of the movie, I’m not the character I signed on to play. I’m literally in there for two minutes, and then all of a sudden…I prefer the good, because if we go to the evil part, or hypnotized or whatever the heck you want to call it, it’s kind of a vacancy. Not even a bad guy, because there’s not really a consciousness to him. The interesting part was being guilty about the bad things I did do when I was hypnotized. I think he’s already an interesting enough character. To really kind of take away who that character is and just have him be this sort of robot, essentially, and have him be this minion for evil that Loki uses. Again, I could just focus on the task. I was limited, you know what I mean? I was a terminator in a way. So yeah, fun stunts. But is there any sort of emotional content or thought process? No.”

Fortunately, Hawkeye’s arc improved with each successive MCU appearance. He was revealed to be a family man, and a source of support for both Black Widow and Scarlet Witch, as well as a loyal friend to Captain America. Now, Renner is finally getting his own standalone Hawkeye series on Disney+, which will see the character dealing with some demons from his past while training a young protege to be the next master archer of the MCU.

Is That MechaGodzilla in the First Godzilla Vs. Kong…

7 Actors Who Could Play Tom Brady in the Inevitable Tom…

Edge of Tomorrow 2 Will Happen Once Tom Cruise & Emily…

The Batman Star Jeffrey Wright Is Bruce Wayne in HBO…