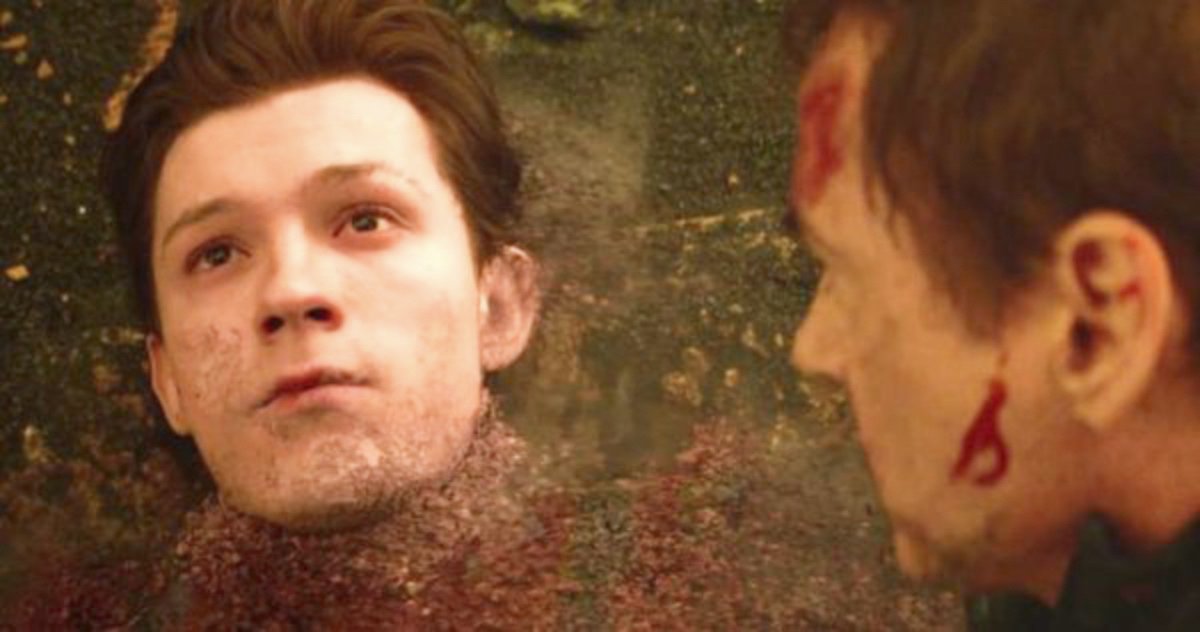 Tom Holland loved shooting his Infinity War death scene. In a new interview, the young actor looks back at the dark scene with nothing but “fondness.” Holland is currently shooting Spider-Man 3 for Sony and Marvel Studios, while pulling double duty with some promotion work for his upcoming movie Cherry. The drama found Holland reuniting with the Russo Brothers and the directors are pretty sure they could not have made the movie without him. The directing duo is also pretty confident that Holland will get awards recognition for his performance.

In a new interview with Deadline, Tom Holland discussed a wide variety of topics, stretching back to the very beginning of his career. While he spoke a lot about Cherry, Holland couldn’t help but talk about his experiences within the Marvel Cinematic Universe. When asked about the line he gets quoted at most by fans on the street, the young actor immediately had his answer. You can read what he had to say below.

“‘I don’t want to go,’ is the one I get all the time, from that scene in Avengers: Infinity War. It’s amazing when people think it’s some mind-blowing piece of improv, because I just say the same line five times in a row. People make out like it’s this beautifully eloquent sentence. But I look back on that scene so fondly. We had so much fun on those sets, but when we got into the emotion of that moment, we really dived into it. People tell me they imagine that scene must have been horrendous to shoot, but I look back on it with nothing but happiness. It was amazing. I loved it. I got to hug Robert Downey Jr., like, 60 times, and cry on his shoulder. What’s not to love?”

MCU fans were shocked when they first saw Infinity War. At the time, nobody knew what happened to the characters who turned to dust after Thanos snapped his purple fingers, including Tom Holland’s Peter Parker. However, over time, fans really started to see the chemistry between Robert Downey Jr. and Holland during the scene. It has been praised ever since as one of the many highlights in the MCU over the years.

Tom Holland was also asked about part he always wanted. As it turns out, he landed it. “Nobody ever believes me when I say this, but it really is Spider-Man,” said Holland. “As a young kid, I watched Tobey Maguire’s movies, and then Andrew Garfield’s movies, and then the cartoons and the comics.” Holland landed his dream role and he could not be happier about the current experience. He explains.

“I always wanted to play Spider-Man, and now I’m shooting my third movie. If I wanted to be really selfish, I would add James Bond to that list, but I think I’ve been lucky enough as it is, so I won’t be too offended if they never call.”

When asked about his biggest challenge as an actor, Tom Holland said it was working on Cherry. “The amount of life that we cover throughout the film for a start-this is 18 years of someone’s life. Trying to convey that in two-and-a-half hours is quite a daunting task, and then you throw in love, despair, PTSD, substance abuse, bank robbery and prison,” says Holland. Though it was hard, Holland says getting the role was like receiving a “golden ticket” because of all the bases he was able to cover. You can head over to Deadline to read the rest of the interview with Tom Holland.

New Captain America Hasn’t Been Decided in The Falcon…