Karen Gillan Confirmed to Return as Nebula in Thor: Love and Thunder 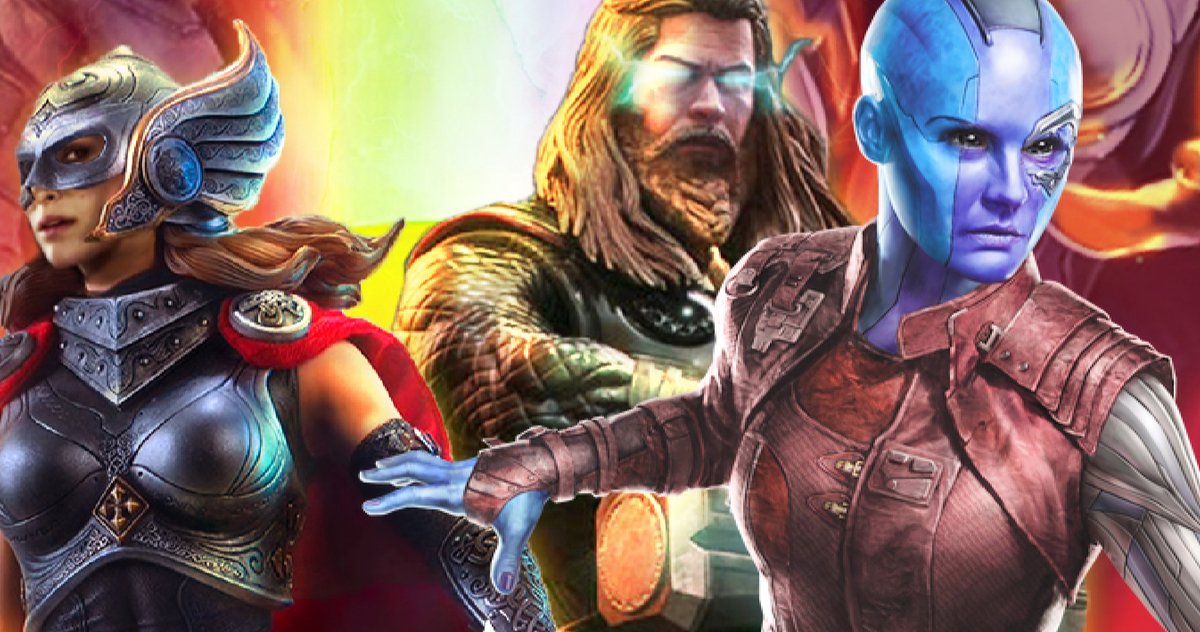 The cast for Thor: Love and Thunder continues to grow as production draws near. Karen Gillan, who plays Nebula in the Marvel Cinematic Universe, has confirmed that she will be reprising her role in the upcoming sequel. This means several key members from the Guardians of the Galaxy franchise will be starring alongside Chris Hemsworth, who returns once again as the God of Thunder.

Karen Gillan made the reveal on her Instagram Story recently. The former Doctor Who star was answering some fan questions when one suggested that she was wearing a wig in preparation for a role. Gillan then responded by confirming it is her real hair, which was recently cut to accommodate her return as Nebula. Here’s what she had to say about it.

RELATED: Matt Damon to Return for Thor: Love and Thunder as He Begins Production Quarantine in Australia

Karen Gillan talked about her preparations for #Nebula on her IG Stories. As she’s in Australia 🇦🇺 quarantining for 14 days before starting filming for #ThorLoveAndThunder#Thor#Thor4@karengillanpic.twitter.com/eETrNhiAlI

“This is the real deal! This is my hair. I cut it the other day in preparation for Nebula, so that we don’t have to get SO much hair into the bald cap, because I have so much hair it’s unbelievable! Like it’s just so thick.”

While she doesn’t outright say it’s for Thor 4, that is the only Marvel project that seems to fit the bill at the moment. Guardians of the Galaxy Vol. 3 is still a long way from production, for one. Not only that but in another recent Instagram Story, Karen Gillan confirmed that she had arrived in Australia, where the movie will be filming. Other cast members, such as her Guardians of the Galaxy co-stars Dave Bautista (Drax) and Chris Pratt (Star-Lord) also recently arrived in the country. Given what happened at the end of Avengers: Endgame, with Thor heading off into space with the Guardians, that makes a lot of sense. But it remains unclear how large their roles will be, whether it’s significant screen time or glorified cameos.

Taika Waititi, who directed 2017’s Thor: Ragnarok, is returning to helm Thor: Love and Thunder. Waititi will also be reprising his role as fan-favorite Korg. Tessa Thompson is, additionally, returning once again as Valkyrie, who is now the King of New Asgard. Natalie Portman will also make her long-awaited MCU return as Jane Foster. As announced at San Diego Comic-Con in 2019, Portman will be taking up the mantle of Thor. The Dark Knight star Christian Bale has been tapped to play the movie’s main villain, Gorr the God Butcher. Plus, Matt Damon, who had a brief role in Ragnarok, is reportedly joining the cast as well.

This is one of many projects coming down the pipeline as part of the MCU’s Phase 4. Other movies on the way include Black Widow, Eternals, Shang-Chi and the Legend of the Ten Rings, Spider-Man 3, Blade and Doctor Strange in the Multiverse of Madness. Shows like WandaVision, which recently debuted on Disney+, are also part of Phase 4. Much of Phase 5 is mapped out as well, with Captain Marvel 2, Black Panther 2, Fantastic Four and more already announced. Thor: Love and Thunder is currently set to hit theaters on May 6, 2022. This news comes to us via Karen Gillan’s Instagram.

Edge of Tomorrow 2 Will Happen Once Tom Cruise & Emily…