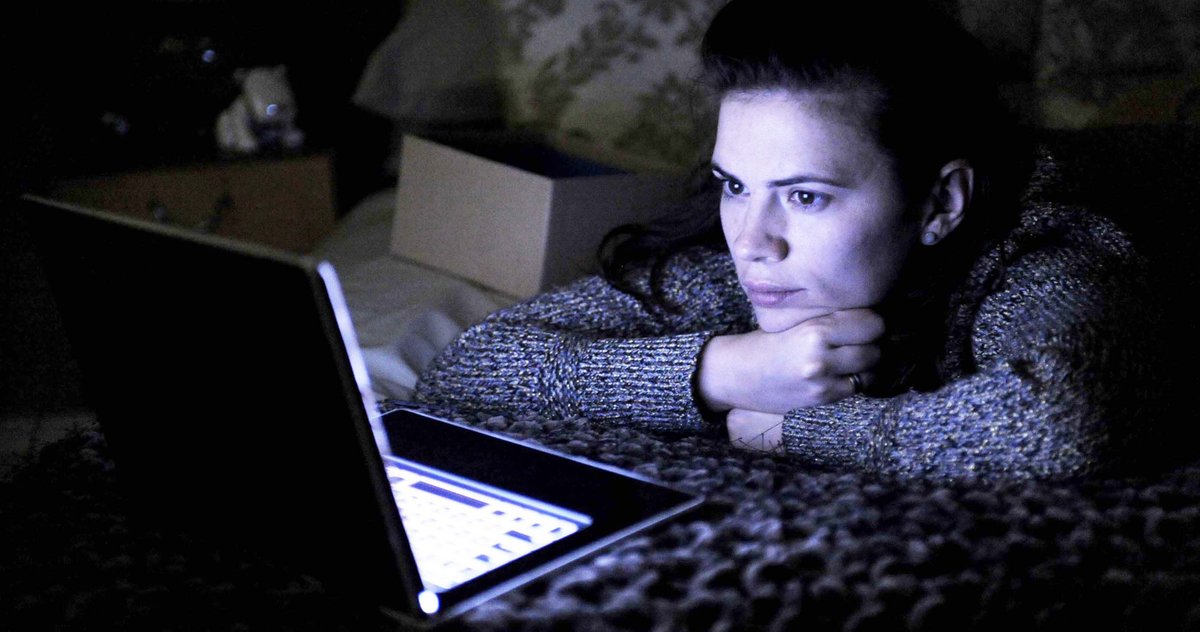 The British dystopian science fiction anthology television series Black Mirror has gained worldwide fame for its twisted, daring exploration of how advancing technology can have disturbing results. Now, a patent filed by Microsoft to turn deceased netizens into chatbots has drawn eerie comparisons to one particular episode of Black Mirror starring Hayley Atwell, titled Be Right Back.

In the episode, Hayley Atwell plays a young woman who pines for her boyfriend, Ash Starmer (Domhnall Gleeson), who was killed in a car accident. Driven to desperate measures, Atwell’s character decides to use technology to resurrect her dead boyfriend as artificial intelligence so they can continue to be together. Using a new online service, she uploads all of her boyfriend’s past online communications and social media profiles, which the service uses to create a new virtual “Ash”.

“The specific person [who the chat bot represents] may correspond to a past or present entity (or a version thereof), such as a friend, a relative, an acquaintance, a celebrity, a fictional character, a historical figure, a random entity etc. The specific person may also correspond to oneself (e.g., the user creating/training the chat bot). [This also means] that living users could train a digital replacement in the event of their death.”

It is difficult to tell whether the developers at Microsoft saw the Black Mirror episode and thought, “Let’s do that for real”, or whether the creators of Black Mirror heard about Microsoft’s research and thought, “That would make for a pretty disturbing episode“. In any case, the episode ended with Atwell’s character uploading her virtual boyfriend’s personality into an android that she keeps in the attic. Let’s see if that is where Microsoft’s new piece of tech is headed as well.

Of course, the relation between Microsoft’s patent and Black Mirror is most likely a complete coincidence. Truly great sci-fi looks at current technology trends and constructs stories based on their hypothetical extremes, which can sometimes feel prophetic. Black Mirror creator Charlie Brooker admitted last year that he has taken a break from working on Season 6 of the show because the fictional world of the series is all too depressingly similar to the reality we’re living in at the moment.

“I’ve been busy doing things. I don’t know what I can say about what I’m doing and not doing. At the moment, I don’t know what stomach there would be for stories about societies falling apart, so I’m not working away on any of those [Black Mirror episodes]. I’m sort of keen to revisit my comic skill set, so I’ve been writing scripts aimed at making myself laugh.”

This news first appeared at the Independent.

Russell Crowe Strikes Down Master and Commander Critic with…

Baby Driver 2 Script Is Written with Edgar Wright Already on…