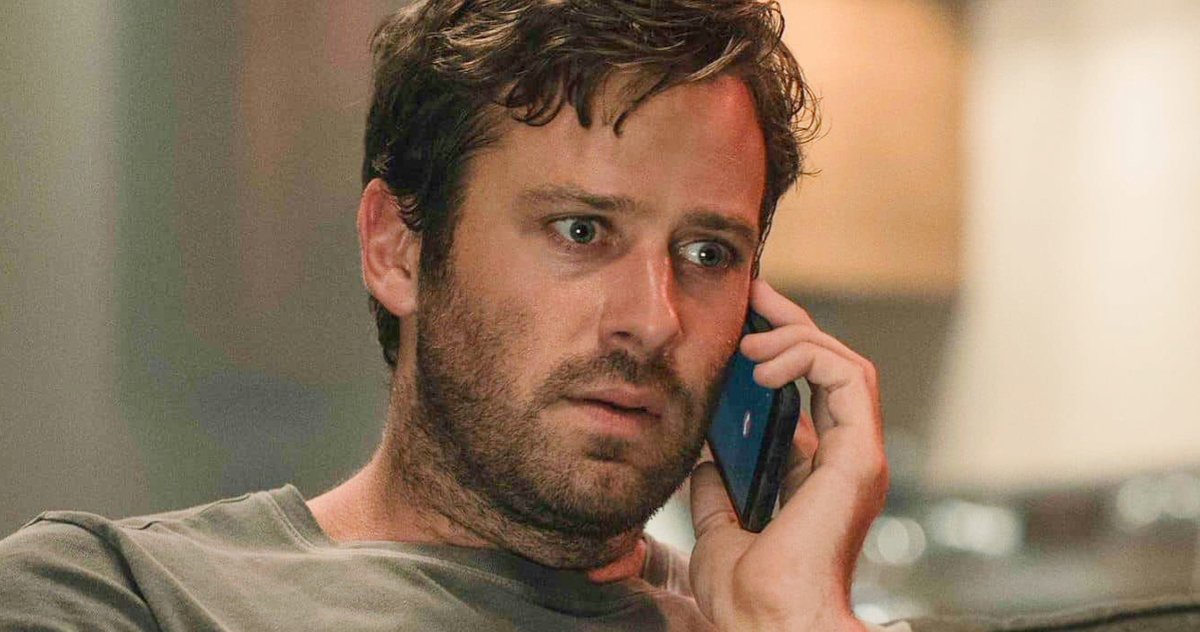 Armie Hammer is apologizing for a leaked video from his private Instagram account. Specifically, he is apologizing to The Miss Cayman Islands Universe Committee and Miss Cayman herself. In the aforementioned NSFW video, an unidentified woman in lingerie can be seen. Hammer captioned the video with, “Well… my ex (for a very good reason) wife is refusing to come back to America with my children. So I have to go back to Cayman… which sucks. Except there are a few silver linings. Like f***ing Ms. Cayman again while I’m down there.”

At first, it was unclear if the Instagram account truly belonged to Armie Hammer. However, the actor has since confirmed that it does belong to him and he’s apologizing for any harm he may have done to Miss Cayman. “I would like to clarify that the person in my video, which was stolen from my private Instagram, is not Miss Cayman,” said Hammer to the Cayman Compass news outlet. Hammer went on and had this to say.

“I am genuinely sorry for any confusion my foolish attempt at humor may have caused. My deep sympathies to Miss Cayman, who I don’t know, and to the entire organization, as I had no intentions of implying she was actually Miss Cayman.”

The Miss Cayman Islands Universe Committee posted a response to Armie Hammer’s Instagram video before the actor apologized. The video, which is NSFW, does not feature the unidentified woman’s face, which led to speculation that it could actually be Miss Cayman. The committee was more than upset with the post and reported it to local law enforcement. You can read their statement in full below.

Elsewhere in Armie Hammer’s leaked Instagram posts, there’s a post featuring the actor bragging about passing a drug test in order to see his children, which has gained some attention. “All negative, bitches. My body is a finely tuned toxicant processing unit. To be fair I had THC and benzos in my piss. But who doesn’t,” said Hammer. “Divorce is so fun. Not as fun as drugs. But what is.” Hammer and his wife of 10 years, Elizabeth Chambers, split up in July 2020. Since then, leaked screenshots of alleged private messages between himself and various women have found their way online, which include mentions of cannibalistic fetishes and graphic sexual acts. Some of these women were not comfortable with these acts, including Hammer’s ex-girlfriend, Courtney Vucekovich. She explains.

“He did some things with me that I wasn’t comfortable with. For God knows what reason, he convinced me that these things were OK and he put me in some dangerous situations where I was not OK, where he was heavily drinking, and I wasn’t drinking that way and it scared me. I didn’t feel comfortable.”

Armie Hammer has commented on the allegations, calling them “bullsh*t.” He also announced that he was departing the cast of Jennifer Lopez’s Shotgun Wedding to spend time with his children in the Cayman Islands. While there are not a lot of people standing up for Hammer at this time, Bella Thorne is. The 23-year-old actress told her millions of followers last week, “No way he’s a freaking CANNIBAL…..” Thorne has since seen some backlash for her support. Armie Hammer’s apology comes to us from the Cayman Compass.

Armie Hammer Apologizes for Leaked Video from His Private…

Ebola Rex Vs. Murder Hornets Trailer Is Here, Forget All…