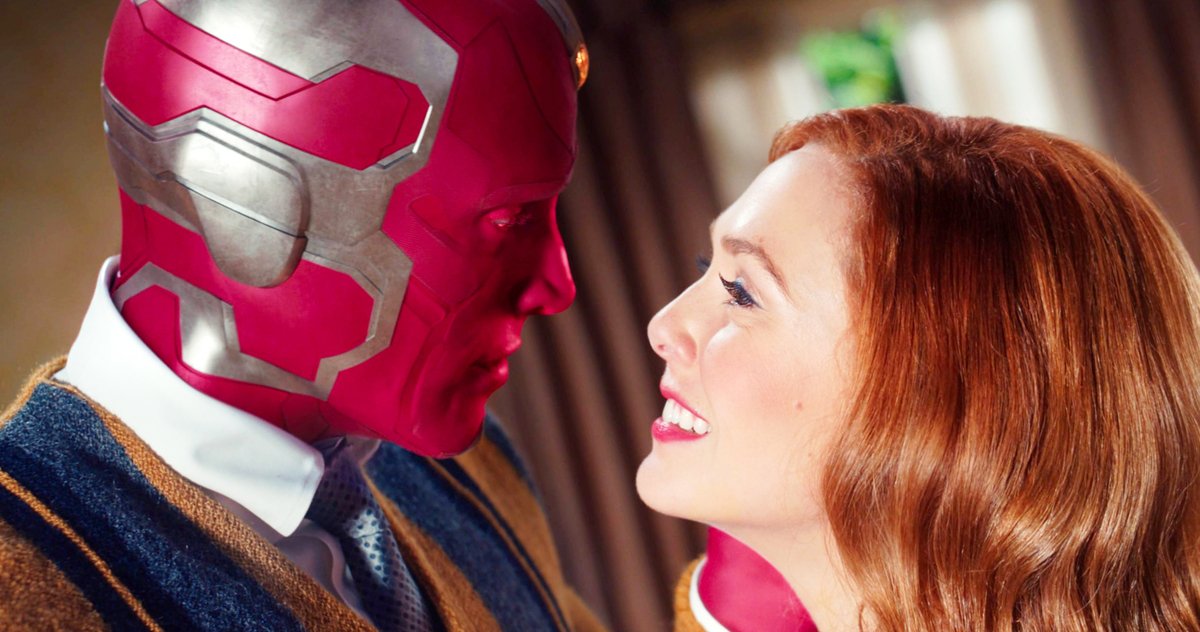 The critics have weighed in on Marvel’s WandaVision and the verdict is good. The new live-action Marvel Studios show has been met with near-universal praise following its debut on Disney+ over the weekend, with the first two episodes of the series now available. If this is any indication, Phase 4 of the Marvel Cinematic Universe is going to be nothing shy of great. As of this writing, WandaVision is now the highest-rated movie or TV show in all of the MCU on Rotten Tomatoes.

WandaVision currently boasts a stellar 97 percent approval rating from critics on the review aggregation site. And it’s worth noting that the first episode has a perfect 100 percent approval rating. The audience score is a bit lower, currently sitting at 82. But that is an undoubtedly solid start for the series, which centers on Elizabeth Olsen’s Wanda Maximoff and Paul Bettany’s Vision. The show now sits above all other MCU releases, with director Ryan Coogler’s Black Panther bumped to the number two spot. The 2018 Oscar-winner holds a 96 percent critical approval rating.

RELATED: Infinity War Almost Had a Post-Credit WandaVision Scene with Vision in a Body Bag

Rounding out the top five are Agents of S.H.I.E.L.D. which, perhaps surprisingly, comics in at number three with a 95 percent rating. And it’s worth noting that the show, which concluded its long run on ABC last year, was able to carry that love across seven seasons. Coming in at number four is Avengers: Endgame with 94 percent and Iron Man, the movie that started it all, is holding onto the number five spot, also with 94 percent.

WandaVision, in many ways, represents a new direction for the MCU. Not only is it the first Phase 4 project to make its way out into the world, largely thanks to delays brought on by the mess that was 2020, but it is also the first series in a new era for Marvel TV. Disney+ will be home to a growing list of live-action shows that will be heavily tied to the MCU. Other live-action shows produced over the last decade were, at best, tangentially connected to the movies. Disney+ shows coming down the pipeline over the next couple of years include The Falcon and the Winter Soldier, Loki, Hawkeye, Ms. Marvel, She-Hulk, Moon Knight, Ironheart, Secret Invasion and Armor Wars. The animated What If? is also on the way this year.

Streaming offers the MCU an outlet to take creative risks. WandaVision is largely taking on the style of classic sitcoms such as Bewitched and The Dick Van Dyke Show, which would have been hard to fathom even just a handful of years ago. But the Marvel brand is arguably the strongest in all of entertainment and that success, coupled with the emergence of Disney+, has offered Kevin Feige and Co. the ability to take some big swings. It’s still early days but the indication is that those swings are paying off. WandaVision is now streaming on Disney+. This news comes to us via Rotten Tomatoes.

A Quiet Place 2 Gets Delayed Yet Again, Won’t Arrive…

Day of the Dead TV Show Ties Into George A. Romero’s…

New Captain America Hasn’t Been Decided in The Falcon…