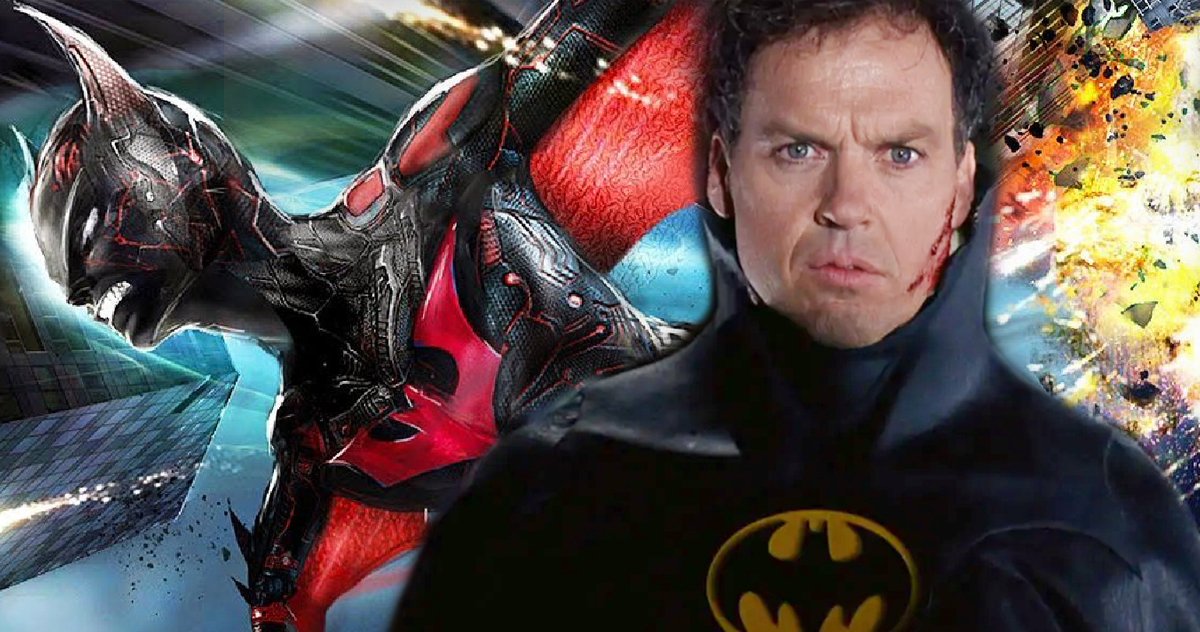 Long before the MCU and DCEU was a thing, writer and producer Bruce Timm was laying the groundwork for the DC Animated Universe with such cult classic shows as Batman: The Animated Series and Justice League Unlimited. Another major creation by Timm was the Batman Beyond cartoon series, about an old, retired Bruce Wayne helping a teenager become the new Batman. The show and its characters became so popular that it was eventually folded into the DC Comics continuity.

Lately, with the news that Micheal Keaton will be appearing in the upcoming solo Flash movie as an older Batman, fans are hoping the actor will continue in that role and set up a live-action Batman Beyond film series. Timm recently spoke about the possibility to SYFY Wire, and gave his thoughts on Keaton as the lead of a Batman Beyond movie.

RELATED: Batman: The Animated Series & Batman Beyond Are Streaming on HBO Max This January

“Honestly, I think the idea of Michael Keaton doing it is cool. Honestly, he looks a little too good. I know he’s probably in his mid 60s now, but he looks pretty damn good for being over 60. I like my old Bruce Wayne to be like really old. But, who knows? It could certainly still work. He looks like he could kick most guys’ asses.”

Batman Beyond picks up thirty-five years after the events of Justice League Unlimited. The lead character is Terry McGinnis, an athletic 16-year-old high school student and reformed troublemaker who stumbles across a retired Bruce Wayne, who is no longer fit enough to continue his war against crime as Batman.

Terry manages to convince Bruce to let him become the new Batman, complete with a tech-powered suit and a new rogue’s gallery of villains. It is later revealed that Terry has secretly been Bruce’s son all along. Batman Beyond was praised for carrying on the legacy of the Dark Knight’s animated journey with a show that carried mature themes within the adventures of a teenage Batman who must balance his work with his family and school life.

The fact that more than two decades after the show first aired, fans are still clamoring for a live-action adaptation speaks to the longevity of the world that Bruce Timm created, and he would be happy to see fans’ wish realized, although Timm cautioned that a proper Batman Beyond live-action film would require a large budget.

“It’s obviously super gratifying that people are still such fans of that show, especially because it was almost 25 years ago now that we did that show. It’s crazy. We’re almost halfway to the future. We’re almost halfway to the time period it’s supposed to take place in. It’s super gratifying. Could it work in live action? Sure. Of course, it could. I think it’s ready-made for it. I do think it would be a little on the higher end production-value-wise, because it would not be a cheap movie to make because it’s set in the future. But I there’s definitely some cinematic possibilities there, for sure.”

This news arrives from Syfy.com.

The Naked Gun Reboot Wants Liam Neeson in the Lead

Will Jason Isaacs Return as the Grand Inquisitor in a Star…

Willem Dafoe Spotted on Spider-Man 3 Set, Will the Original…

The Mandalorian Star Knows Season 3 Plan and How It Affects…