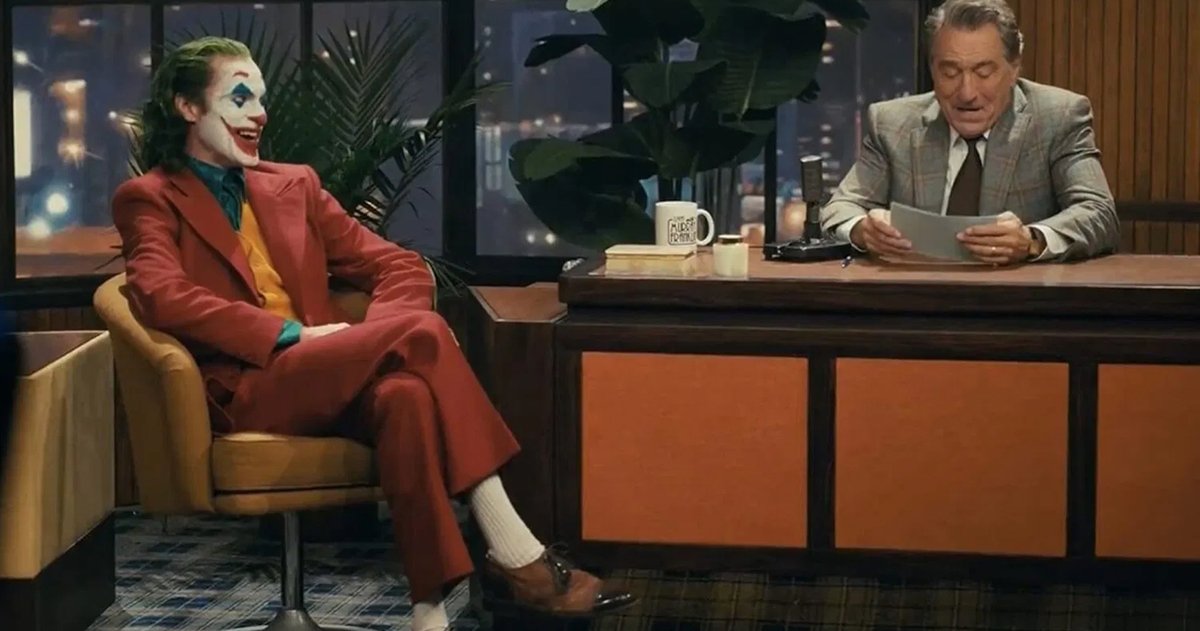 Quentin Tarantino has revealed his thoughts on the infamous talk show scene from the ending of Todd Phillips’ Joker. The movie was a surprise smash hit for Warner Bros. when it opened in theaters, though it didn’t look that way initially. Activists were calling on theaters not to play Joker out of fear that the movie would spark real-life violence. Police closely monitored theaters and treated every call in a serious manner. Even the military was alerted to the movie’s premiere.

Luckily, no serious violence took place during the Joker screenings. Instead, the movie went on to become a box office hit, with Academy Award nominations, including a Best Actor win for Joaquin Phoenix. While Quentin Tarantino isn’t a real fan of the movie, calling it “a bit one-note,” he did enjoy the talk show scene where Phoenix’s Arthur Fleck kills Robert De Niro’s Murray Franklin. He explains.

“The subversion on a massive level, the thing that’s profound is this: It’s not just suspenseful, it’s not just riveting and exciting, the director subverts the audience because the Joker is a f***ing nut. Robert De Niro’s talk show character is not a movie villain. He seems like an asshole, but he’s not more of an assh*le than David Letterman. He’s just an assh*le comedian, talk show guy. He’s not a movie villain. He doesn’t deserve to die.”

Quentin Tarantino was just getting started as he went further into the Joker scene. “Yet, while the audience is watching the Joker, they want him to kill Robert De Niro,” claims the director. Tarantino believes that the audience would not have reacted well had Arthur Fleck not murdered Murray Franklin on live television. Tarantino had this to say.

“And if the Joker didn’t kill him? You would be pissed off. That is subversion on a massive level! They got the audience to think like a f***ing lunatic and to want [Arthur to kill Murray]. And they will lie about it! They will say, ‘no, I didn’t [want it to happen]!,’ and they are f***ing liars. They did.”

It might be a bit of a stretch for Quentin Tarantino to insinuate that everybody watching the Joker movie wanted Arthur Fleck to murder Murray Franklin. However, it is the director’s own opinion, which some may find to be offensive. Not all of Tarantino’s opinions are embraced by the masses, and he seems to be totally fine with that after all of these years.

When reflecting on Joker further, Quentin Tarantino asked, “Is this where we live now? Take great movies from the ’70s and redo them as pop-cultural artifacts?” Tarantino added “Taxi Driver as the Joker, Apocalypse Now as Ad Astra, is everything some weird pop culture artifact of a challenging movie from another time?” Some have shared those same thoughts on Todd Phillips’ Joker, while others praise it as a work of art. Regardless, Tarantino really enjoyed that talk show scene. You can listen to Tarantino’s thoughts in full over at The Empire Film Podcast.

Michelle Pfeiffer Would Return as Catwoman in The Flash…

WandaVision Has Already Established the Presence of Six New…

The Croods 2: A New Age Returns to the Top of the Weekend…