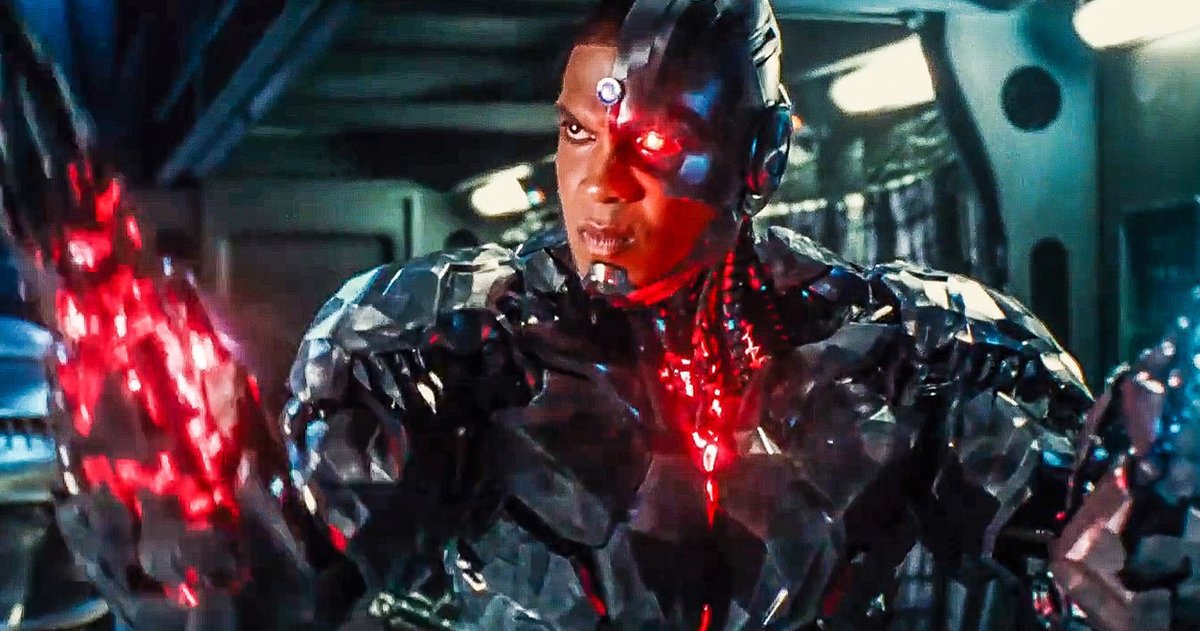 After a tumultuous few months, it was recently announced that Ray Fisher will no longer be continuing in the DCEU in the role of Cyborg. Fisher’s social media campaign to address allegations of abuse that the actor claims were carried out on the sets of 2017’s Justice League is what led to his removal from the franchise. In a new Instagram Live session, a fan asked Fisher if he would return as Cyborg if Warner Bros. greenlights Justice League 2, and the actor answered with a firm yes.

“I’d definitely pick up the phone. There’s no way I wouldn’t pick up the phone, that’s crazy. Even if [Zackj] just called me to say what’s up, that phone is getting picked up. He could be like, “Yo, I’m gonna do a Dawn of the Dead 2 and we want you to play a zombie,” I’d be like, just put me way in the back, I’m fine with that.”

RELATED: Justice League 2 Is Not Happening Yet, Zack Snyder Has No Future DCEU Plans

It seems the only way Ray Fisher would be interested in coming back to the DCEU is if Zack Snyder is at the helm of the project. In the past, the actor had released an official statement on Twitter discussing his removal from the role of Cyborg by Warner, and his determination to continue to press for accountability with regards to his allegations of abuse.

“I have received official confirmation that Warner Bros. Pictures has decided to remove me from the cast of The Flash. I strongly disagree with their decision, but it is one that is unsurprising. Despite the misconception, Cyborg’s involvement in The Flash was much larger than a cameo-and while I do mourn the lost opportunity to bring Victor Stone back to the screen, bringing awareness to the actions of [President of DC Films at Warner Bros. Pictures] Walter Hamada will prove to be a much more important contribution to our world.”

Following Fisher’s remarks against Hamada, Warner had released an official statement in which they stated their support for Hamada, declared that an investigation had been carried out in response to Fisher’s complaints and that the investigation was now over, and remedial action had been taken. Fisher, however, remains unsatisfied with the results of the investigation. Recently, he published a clip on social media from his final conversation with WarnerMedia’s independent investigator on December 11th, 2020, stating that he hopes “it lends itself to the truth of the investigation, and to the credibility of my current claims against Walter Hamada’s dangerous behavior.”

“You’ve been a gentleman and I’ll say you’ve been a man of your word. And that is what we have reported to the company. Which is that you told us you’d give us names, you gave us names. You told us you would meet with us on a particular day at a particular time, you never tried to reschedule, you even gave us information after that. You’ve been a man of your word. You’re someone we have found extremely credible. And the fact that you’ve risked so much is part of what lends itself to your credibility. But just also, the facts speak for themselves.”

Is That a Godzilla Imposter in the First Godzilla Vs. Kong…

Ben Affleck Reveals One Thing About Batman That Made Justice…