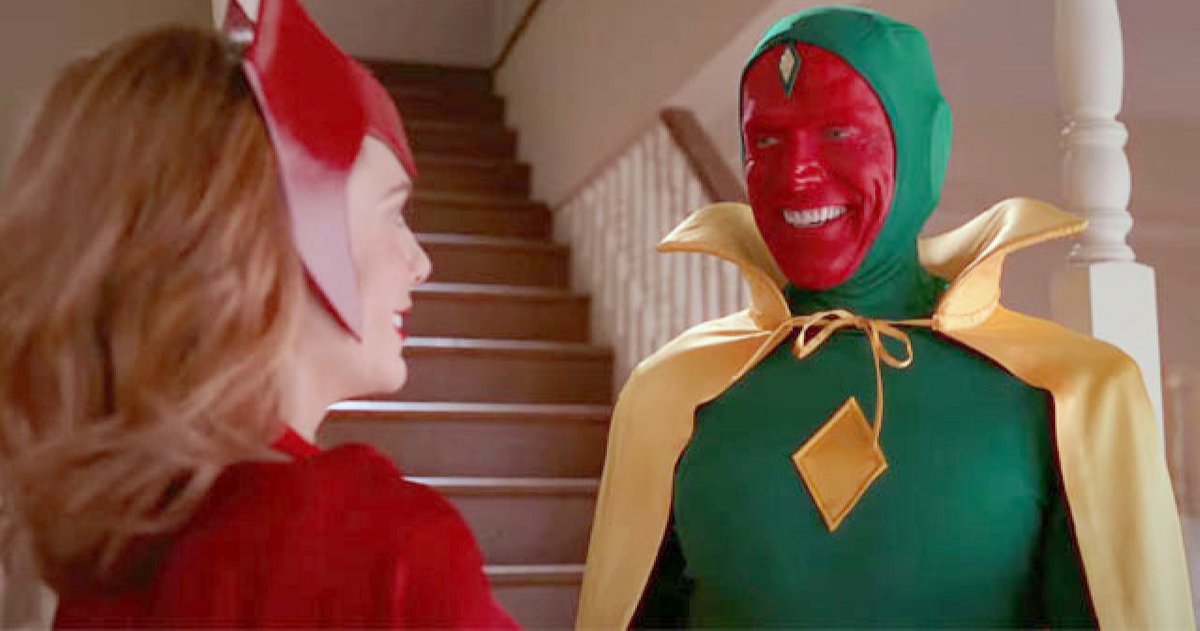 Infinity War nearly had a post-credits scene teasing WandaVision. Back in 2018, Marvel Studio started developing what would become their Disney+ shows, which included bringing back Marvel Cinematic Universe characters from the big screen to the small screen. One of the first shows that was talked about was one that would bring back Elizabeth Olsen’s Wanda Maximoff. Jac Schaeffer was brought on board to start writing the series back in January 2019, so the seeds had been planted well before its 2021 premiere.

In a new interview with Elizabeth Olsen and Paul Bettany, the two MCU actors were able to ask each other questions. Olsen started it off by asking Bettany if he ever though that he might return to the MCU after Vision was killed off in Avengers: Infinity War. He admitted he only felt a “10 to 15%” chance that Vision would return, which seemed to surprise Olsen. He went on to tell her about an Infinity War post-credits scene that didn’t make the cut. Bettany explains.

RELATED: WandaVision Was Inspired by a Scene In Avengers: Infinity War

“At one point I was going to be in a tag, where you opened a sort of body bag drawer and there was the Vision… Kevin kind of talked to me and said, ‘I’ve got to pull the shots.’ I was like, ‘Ugh!’ Because I really wanted that profit participation (laughs).”

Paul Bettany first started his MCU career as J.A.R.V.I.S. in 2008’s Iron Man, which kicked it all off. Bettany has been involved with the MCU since the start and felt that his time had come to an end. The actor told Elizabeth Olsen that he thought he was going to be fired when Marvel Studios boss Kevin Feige brought him in for a meeting about what would become WandaVision. After the events of Infinity War, Bettany was sure that his time in the MCU was over.

In order to make things comfortable for everybody, Paul Bettany decided to walk into his meeting with Kevin Feige and others to tell them that he had enjoyed his time working with them. The actor thought it would ease tensions. “So I went in, and I didn’t want anything to be uncomfortable between us all because it’s been such a great time. So I walked in and said, ‘Kevin and Louis [D’Esposito, Marvel Studios co-president], I love you. I totally get it. It’s been a great run and no hard feelings,'” recalls Bettany. He continues, “And Kevin went, ‘Wait, are you quitting?’ And I went, ‘No, aren’t you firing me?’ And he went, ‘No, we were going to pitch you a TV show.'”

Infinity War ended on a pretty grim note and seeing Vision, who technically died twice in the movie, in a body bag would’ve been extra dark. So now, MCU fans are looking at WandaVision for answers as to how the character is seemingly alive again. Most theories revolve around a dream that Wanda is having, but that has yet to be confirmed. You can check out the interview with Paul Bettany and Elizabeth Olsen above, thanks to the IMDb YouTube channel.

Sam Neill Was Baffled by Thor: Ragnarok Despite Being in the…

Michelle Pfeiffer Would Return as Catwoman in The Flash…