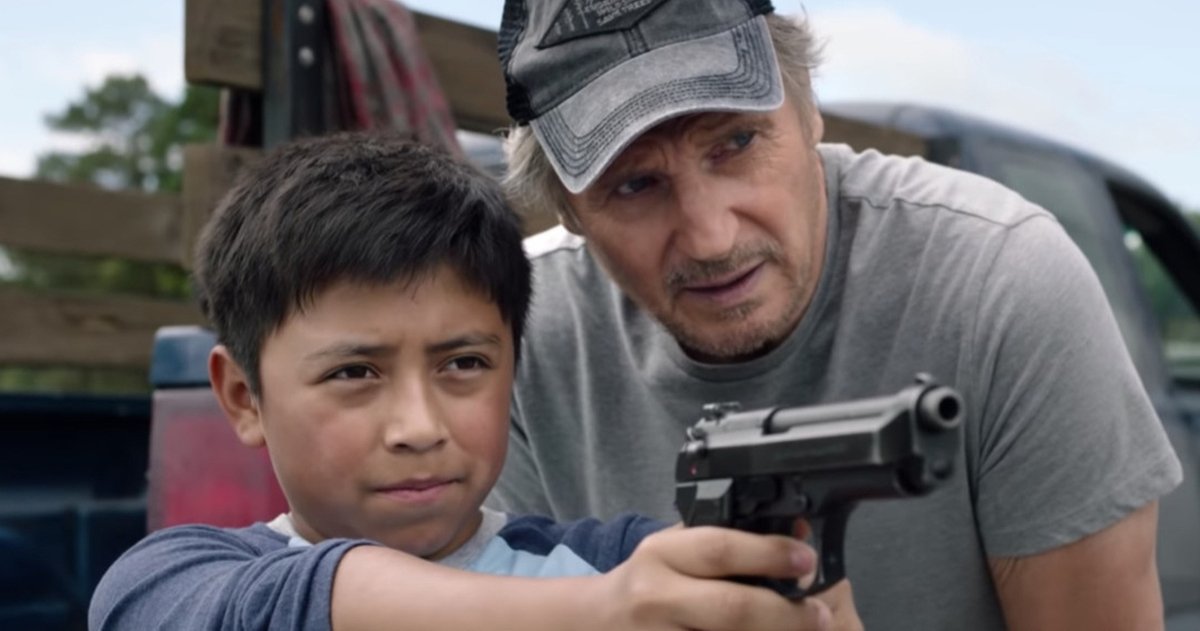 Liam Neeson is one of the very best action movie stars of today, but his time in the genre might be coming to a close. Of course, Neeson is very well known for starring in the hit 2008 movie Taken, which stars the actor as a retired CIA operative who utilizes his “very particular set of skills” to save his abducted daughter. He’d reprise that role in multiple sequels and has since appeared as the hero in a variety of other action thrillers, including Non-Stop, Run All Night, and Cold Pursuit.

Reflecting on his work in action movies over the past several years, Liam Neeson seemed to suggest that he might be retiring from the genre as soon as later this year. That’s certainly a bummer for fans who love to see Neeson in these kinds of movies, but the good news is he has at least a few more in him. When asked if an end to his action movie days is in sight, here’s what Neeson recently told ET.

“Oh, yeah. I think so. I’m 68 and a half. 69 this year. There’s a couple more I’m going to do this year — hopefully, COVID allowing us — there’s a couple in the pipeline and, then I think that will probably be it. Well, unless I’m on a Zimmer frame or something.”

Neeson is also set to star alongside Laurence Fishburne in The Ice Road, an action thriller written and directed by Jonathan Hensleigh (The Punisher). Along with that, the actor is currently filming another action movie role for the upcoming film Blacklight, which has been shooting with Neeson in Australia. In his interview, the Taken trilogy star goes on to add that while he enjoys beating up bad guys in these roles, he’s starting to realize that his age is catching up with him.

“I love doing ’em. I love beating up guys half my age. I’ve just finished one in Australia and I had a fight scene with a kid — lovely, sweet actor called Taylor — and halfway through the fight I looked up, I was breathless and it didn’t cost him a cent, and I said, ‘Taylor, what age are you?’ He said, ’25.’ I said, ‘That’s the age of my eldest son!'”

He might be thinking of retiring from action movies, but it’s good to see that Neeson isn’t quite done yet. You can now catch him back at it in the new movie The Marksman. Directed by Robert Lorenz and written by Lorenz, Chris Charles, and Danny Kravitz, the movie stars Neeson as a rancher and former Marine living in an Arizona border town who must help a young boy (Jacob Perez) escape a Mexican drug cartel. Katheryn Winnick, Juan Pablo Raba, and Teresa Ruiz also star. As of Jan. 15, the movie has been released.

Recently, Neeson’s 2011 thriller Unknown became the most-watched movie on Netflix, giving it a bit of a resurgence in popularity. In the movie, Neeson plays a man who wakes up after a coma to discover that his entire life and identity have been stolen. Speaking with ET, Neeson reveals that he’s trying to get a TV series adaptation made based on the premise of the movie, and adds that it’s “very flattering” to hear that more people have discovered the movie after ten years.

In the ET interview, Neeson also addresses the possibility of playing Zeus from Clash of the Titans again in Wonder Woman 3. The actor admits he hasn’t seen the Wonder Woman movies, but when he’s told that Zeus is Diana Prince’s father, Neeson joked, “I’ll call my agent!” You can check out the interview in full at ET Online.

Galaxy Quest 2 Can Still Happen Without Alan Rickman, But Dr. Lazarus Was Crucial to the Script

Raya and the Last Dragon Big Game Trailer Does ‘The…