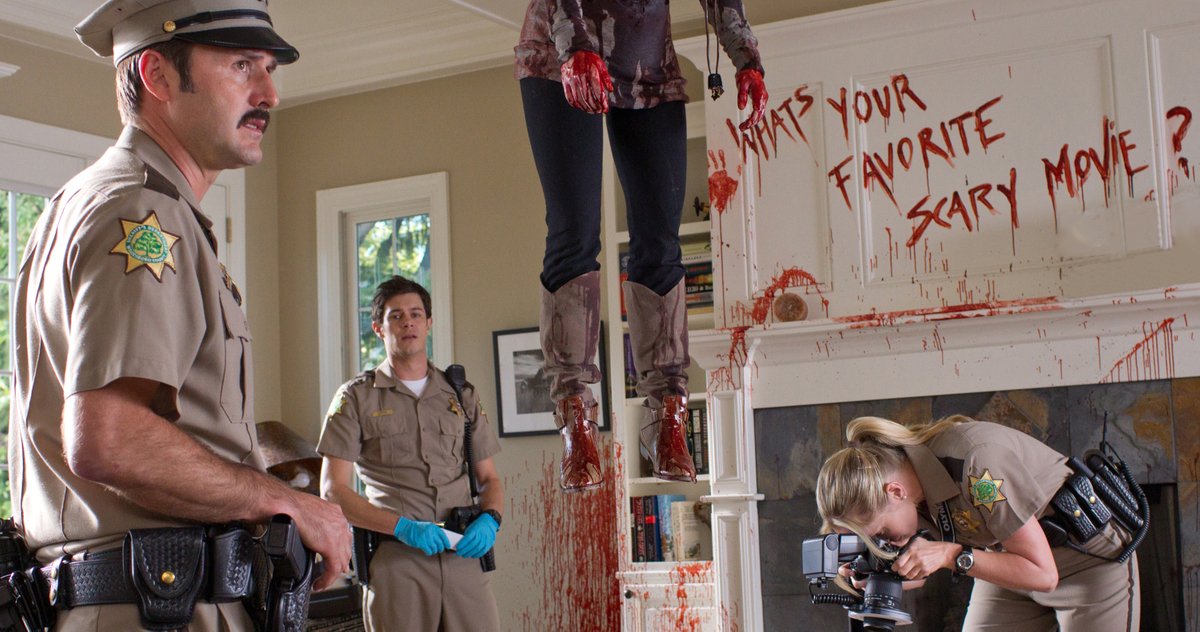 In the last couple of years, decades-old Hollywood properties have seen a remarkable resurgence, with sequels to Bill and Ted, Halloween, and Ghostbusters finding an eager and ready audience. The Scream franchise is soon set to join their ranks with Scream 5 currently in production. David Arquette, who will be reprising his iconic role as Deputy Dewey Riley, told RadioTimes that slipping back into character was no trouble at all.

“It’s really easy to slip back into the characters, they’re very close to my heart and there’s something really exciting about those films for me. It changed the course of my life in general so it’s really fun to be in that world and do something. I felt very blessed.”

RELATED: Scream 5 Is One Year Away, Ghostface Will Kill Again

The character of Dewey Riley first appeared in the original Scream movie in 1996. Wes Craven’s daring new take on the slasher genre was as subversive as it was chilling, taking the genre to new heights while also using loads of meta-commentary to point out the logical fallacies that often beset slasher films.

While Neve Campbell played the central role of Sidney Prescott, the girl who finds herself at the center of a deadly conspiracy, Dewey was a supporting character who was one of the few genuinely decent guys in Sidney’s life. Dewey’s popularity ensured he was one of the few characters to keep returning in future Scream films, alongside Campbell and Courteney Cox as Gale Weathers.

Scream 5 is set to take place in the present, and will see the characters of Dewey, Sidney, and Gale beset with danger once again thanks to the machinations of a new Ghostface killer. The upcoming movie is going to be directed by Matt Bettinelli-Olpin and Tyler Gillett, who are the duo behind 2019’s breakout horror hit, Ready or Not. According to Arquette, the new filmmakers intend to do full justice to Wes Craven’s vision for the Scream franchise.

“[The directors are] incredible. We [shot the film] during [the lockdown], so half the time I’m only looking at their eyes, but they’re great. They were inspired by Wes Craven and they’re filmmakers because of him partially, he was one of their heroes so it’s great to see these people work on the movie… You do rehearsals with your mask on. And then you take the mask off and it’s your scene but it’s the first time you’ve done it face to face. And it gives you this other layer of discovery when you’re having a scene with someone and see their face for the first time. There are certain things that are really interesting about it, and others that are a real drag obviously.”

Martian Manhunter Has a Warning in a New Photo from Zack…

Jungle Cruise Ride Is Getting a Disney Parks Revamp in…

Jake Gyllenhaal Looks Back at 20 Years of Donnie Darko, the…

Black Widow Is Still Coming to Movie Theaters, But That…