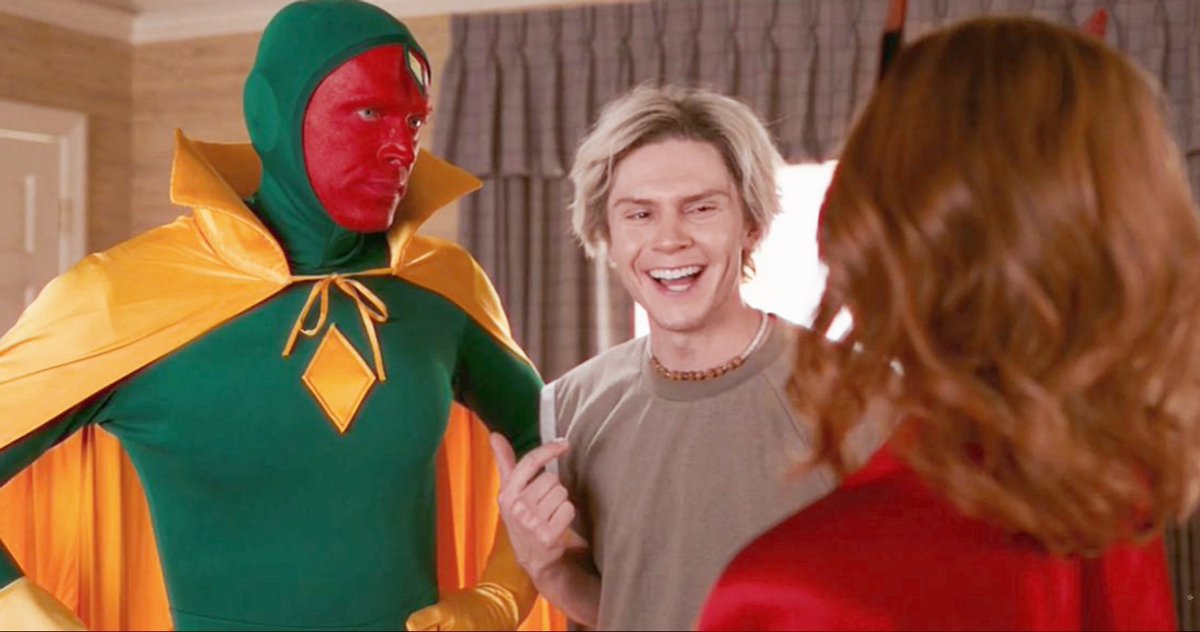 WandaVision star Paul Bettany says that some of the fan theories are “incredibly accurate.” The series, which just debuted its 6th episode, is continuing its slow burn mystery. Marvel Cinematic Universe fans have been sharing theories while waiting for a new episode each week, with some already proving to have been true. With that being said, it is unclear if anybody has actually figured out exactly what’s happening right now and how it will all come to an end in a few weeks.

In a new interview, Paul Bettany expressed his admiration for the hardcore MCU fans. Bettany has been involved with the franchise for quite some time now, and Vision is a fan-favorite character. While some MCU fan theories over the years have proven to be bonkers, or simply just nowhere near the truth, it appears that some fans have been getting pretty close to solving the mysteries of WandaVision. Bettany explains.

“I’m loving it being disseminated to the fans… And I love how frustrated they are of not being able to see it all in one fix. I love reading their theories of what might happen. And some of them are incredibly accurate, actually. I keep thinking, ‘Marvel should give that person a job.'”

A lot of MCU fans, like some Star Wars fans, are still upset that Disney+ and Marvel Studios didn’t just release all of WandaVision in one go like the Netflix release strategy. While some our upset that they have to wait, there are more than a few who enjoy having something to look forward to while discussing the previous episode over the course of a week. Paul Bettany added, “It’s been a whole lot of fun watching them go through this. I mean, I know they’ve been waiting a long time.”

Paul Bettany was asked whether or not he and the rest of the WandaVision cast knew what was going to happen right from the start. Marvel Studios boss Kevin Feige did reveal what was going to happen when the actors signed on. “Kevin Feige’s pitch was very abstract and much more about feelings and [what the] big, grand ideas [were] about-and, indeed, sitcoms,” says Bettany. “But yes, very early on, I understood where it was. I knew where it was going. And it was always exciting.” Bettany did not reveal how much of the story that he and the rest of the cast were told, but it sounds like they, at the very least, had the basic outline.

As for the MCU fans watching WandaVision once a week now, Paul Bettany compares it to Christmas Day. “It feels like Christmas day every Friday. You get to see people’s reactions and stuff, you know, real people’s reactions. I don’t read reviews. But it is lovely to see the fan reactions,” says the actor. As for whether or not Vision has a future in the MCU, that is unclear, though Bettany thought for sure he had already been fired, so anything is possible at the moment. The interview with Paul Bettany was originally conducted by the official Marvel website.

Clue Is Becoming an Animated Series at Fox

Star Wars Prequel Trilogy Gets a New Name in The High…

Full The Falcon and the Winter Soldier Trailer Arrives,…